Growing incorporated firms will have two years after transitioning from a small to a medium-sized business before they have to apply new IR35 tax rules, a tax consultant has said.

Incorporated firms classed as small will be exempt from the IR35 off-payroll tax being introduced in seven weeks’ time, unlike medium-sized firms, which will be subject to the new rules.

But incorporated businesses which are transitioning from small to medium-sized will only need to apply the new tax rules in the tax year following two consecutive years of being classed as medium-sized, according to Jessica Jensen, a product manager at software company Sage. 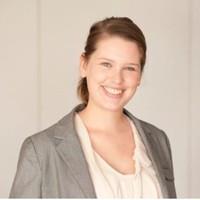 Jessica Jensen was speaking in a Building webinar on IR35

The preparation time is more generous than that given to unincorporated firms, which will need to start applying the new rules in the tax year following a single calendar year in which they met the simplified test for assessing company size.

This means that small firms which have a turnover in 2021 of over £10.2m – the simplified threshold above which a company is classed as medium – the firm will need to start applying IR35 tax rules from the start of the new tax year on 6 April 2022.

The webinar also included discussion of the government’s Check Employment Status for Tax tool, which provides an assessment of whether HMRC considers a worker to be either employed or self employed under the new tax rules.

The tool has come under significant criticism since being created in 2017 for providing unreliable results which are often rejected by HMRC.

Fieldfisher director Matthew Sharp said that although the tool is a “good starting point,” the results should be taken with a “pinch of salt”.

He added: “HMRC say that they will stand behind the result if they agree with the answers that you’ve provided. In the tax dispute sphere where I operate, we’ve seen HMRC quite liberally disregard that so take that with a pinch of salt.

“If it suits their purposes they quite often don’t adhere to the assessed result. But it’s a good starting point.”

The IR35 tax changes are due to be introduced on 6 April this year, 12 months later than planned after it was delayed in 2020 because of the covid pandemic.

Building’s webinar can be watched on demand here.