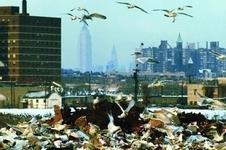 Any waste gypsum, which is used to manufacture plaster-based products such as plasterboard, will have to be recycled or deposited in a special cell containing no biodegradable waste within a landfill site.

Previously up to 10% of gypsum was allowed in mixed waste going to landfill sites.