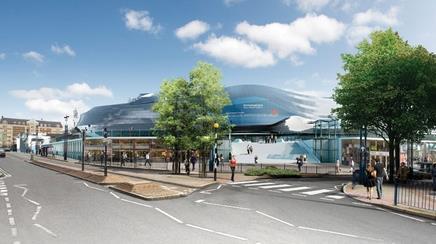 The Swindon-based firm is testing different cladding materials in order to minimise danger to drivers and passers-by, while maximising the brightness of the £600m building.

A spokesperson for Network Rail said: “Halcrow will be looking at questions such as whether or not the surface affects the drivers. They will be looking for the best materials.”

Network Rail will be at pains to show it has become more aware of health and safety since the 1999 Ladbroke Grove train crash, which killed 31 and injured 400. Lord Cullen’s review into the causes of the crash suggested that the rising sun reflecting from the signal might have caused one of the train drivers, Michael Hodder, to drive through a stop light. The operator was fined £4m and £225,000 in costs.

Network Rail said it was always planning to carry out the study at detailed planning stage.

Foreign Office Architects modelled the curvaceous building, which is due to go onsite by the end of the year and complete by 2014.