Hammerson scheme for middle of Birmingham in for planning 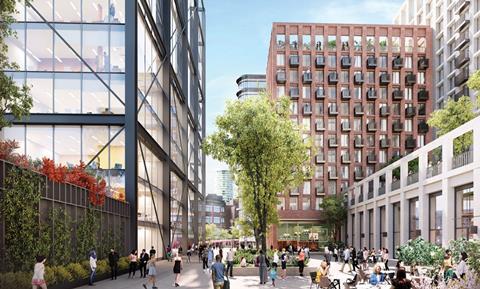 Hammerson has submitted plans for the multi-million pound regeneration of its 7.5-acre Martineau Galleries site in the centre of Birmingham which it hopes will eventually deliver 1,200 new homes.

The group plans to revamp the site, which includes the Square Shopping Centre, the Dale End car park and other properties it owns on Dale End.

The homes will be part of a mixed-use scheme called City Quarters – which will include retail outlets, a hotel, restaurants, cafes and up to 1.4mft² of work space – and be available for rent and purchase, Hammerson said.

Hammerson, which owns the Bull Ring and Grand Central retail schemes in Birmingham, said a public consultation conducted last month had proved “overwhelmingly positive” with 85% of those consulted saying they supported the plans.