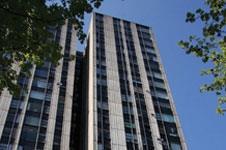 Cash is intended to reduce fuel bills and cut carbon emissions for 110,000 homes

The Homes and Communities Agency has released £84m to help insulate social homes in 46 areas of the country. The money will reduce fuel bills for tenants and cut carbon emissions.

The majority of the SHESP funding will be allocated to London-based social housing providers, due to the capital’s housing stock having a higher proportion of flats than the rest of the country.

In total, 50 bids were received from a range of social landlords – including local authorities (14 bids), Registered Social Landlords (16 bids) and Arms Length Management Organisations (20 bids). Of these, 46 were successful.

The funding made available will achieve a number of aims:

Sir Bob Kerslake, HCA chief executive, said there had been a strong response of high quality from social landlords, in spite of the quick turnaround required.