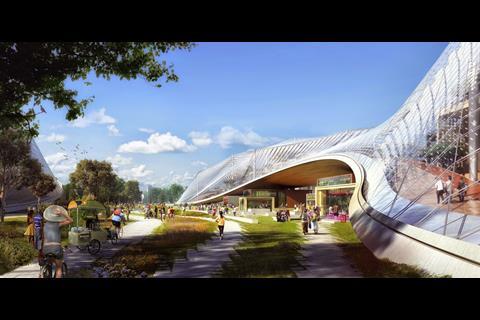 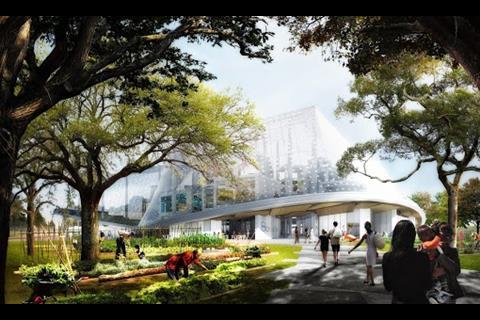 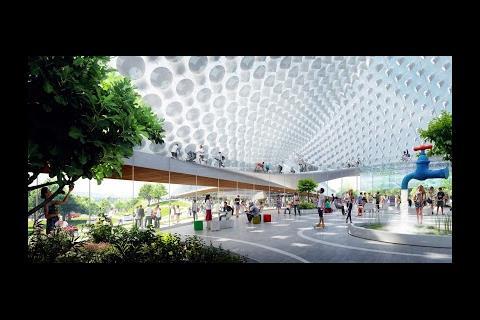 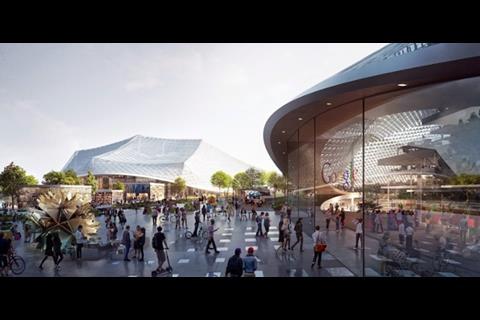 Practice teams up with BIG for California campus

Thomas Heatherwick has been confirmed by Google to design a new ‘nature-inspired’ global headquarters in California.

Heatherwick Studio, which is currently working on plans to build a new Garden Bridge across the River Thames, will carry out the work at Mountain View with Danish firm Bjarke Ingels Group.

The pair have formed a 50:50 design partnership for the scheme at the Californian city which is already home to Google’s main headquarters, called Googleplex.

UK engineers AKT II and Atelier Ten are also on the design team.

Their plans include a range of reconfigurable buildings under giant glass canopies, providing office accommodation, manufacturing and lab space, as well as a range of public spaces and amenities for Google workers and the public.

Heatherwick said the scheme will “augment and turn the dial up more on nature” and “enclose and protect pieces of nature”.

Bjarke Ingels said: “In nature things aren’t over-programmed or over-prescribed and in a way if our cities, or our work environments, could have more of this flexibility or openess for interpretation, they would become more stimulating and more creative environments to live and work in.”

The scheme will also restore natural waterways that will bring water out to the bay.

Representatives from Heatherwick and BIG were out in California last week making presentations to the technology giant’s board with the plans being submitted to the city council at the end of last week.

The city has spent the last two years debating a plan to redevelop the city’s North Bayshore area, which surrounds Google’s main offices and is close to major highways.

Traffic jams are a regular occurrence in Mountain View, which is around 40 miles south of San Francisco, and Google’s vision for a new Googleplex will include bike and pedestrian paths.

The job is one of the biggest Heatherwick will be working on along with schemes in the Middle and Far East, which include a new park in the Abu Dhabi desert and a learning hub for a university in Singapore.

Heatherwick is already working on a brace of schemes in the US – a new park on stilts in Manhattan’s Hudson River and the Hudson Yards mixed-use development also in Manhattan.

The news comes as Facebook announced last month that US architect Frank Gehry is to design it a new office in Seattle. The architect has also designed the firm’s Californian headquarters.

And Foster’s is designing a new headquarters for Apple in Cupertino, also in California.

Google is working with AHMM on a new UK headquarters at King’s Cross in London but that scheme has been hit by a series of delays.