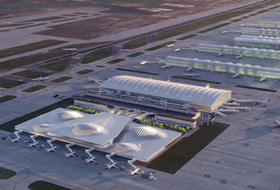 A third runway at Heathrow has moved a step closer after the airport mapped out how it will meet strict sustainability demands from the Airports Commission.

The commission unanimously backed a new runway at Heathrow last July, but a decision from government has been postponed until this summer due to environmental concerns.

Addressing conditions set out by the Airports Commission for a new runway at Heathrow to be viable, the airport has pledged several initiatives to reduce noise and improve air quality.

The airport said it will establish a “clear and legally binding” noise envelope for the third runway and will also back the creation of an independent aviation noise authority with statutory powers.

It will also introduce a legally binding ban on all scheduled night flights for six and a half hours – recommended by the Airports Commission – from 11 pm to 5:30 am when a third runway opens.

Heathrow has also pledged to comply with the EU air quality limits if it gets permission to build a third runway.

It said it will also go beyond the Airports Commission’s conditions and develop plans for a London-style congestion charge if a new runway is built.

But Jo Valentine, chief executive of business group London First, said the “tough decisions” taken by Heathrow with its sustainability commitments had “addressed the concerns of local residents”.

She added: “This should remove the last rational objections to Heathrow expansion, which is essential if British businesses are to be properly connected with the emerging cities around the world.”

The commitments come as Heathrow shortlisted four architects in a competition for proposals for the airport’s expansion.

Zaha Hadid (design, pictured), Grimshaw, HOK and Benoy have been chosen by Heathrow, who described them as “four of Britain’s best aviation architects”.

The architects will now be asked to refine their designs before a final concept designer is selected in July.