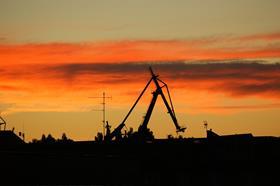 Administrators from the P&A group have been appointed to the SME firm.

In a statement to Building, P&A said: “John Russell and Ashleigh Fletcher of The P & A Partnership in Sheffield were appointed Administrators’ of Hewlett Construction Limited on 28 May 2015.

“The administrators’ are currently assessing the company’s affairs and will report to creditors in due course.”

P&A confirmed the Yorkshire-based firm had 140 staff working in its offices in the UK.

Hewlett Construction was formed from a management buy-out from Hewlett Group days after four of its subsidiaries entered administration in January 2013. At the time the deal saved 300 jobs.

The group has five divisions – highways, power and process, rail, renewable and residential – and operates from offices in Leeds, Leamington Spa, Corby and Perth in Scotland.

It started expansion into the Middle Eastern market in 2012 and also has a small number of staff working at an office in Muscat, Oman.

Hewlett was recently awarded a contract with the Ministry of Tourism in Oman for an external works package at the five-star Al Bustan Palace Hotel in Muscat.