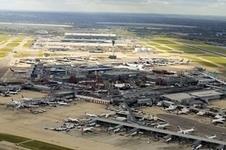 A senior railway man has said the UK's high-speed London to Scotland rail link will cost twice as much as predicted.

Dave Darnell, rail sector director, WSP Group, who has worked on both the Crossrail and Thameslink projects during the past twenty years, estimated that any link would be double the estimated £20bn cost. That figure is already £4.1bn more than Crossrail, currently Europe’s largest civil engineering project.

He pointed out that the Thameslink improvements were originally costed at £580m but that the project came in at £4bn.

Darnell also questioned the validity of a hub at Heathrow whn most successful rail interchanges had been built in the centre of cities. And he said that more investment in reliability, capacity and commuter services would benefit more people than a high-speed link.

“It’s better to sit down with a budget and say where we think the money would be best spent. In this country, we tend to have a great big wish list and act surprised when it costs three times what we thought.”

The Conservative party recently supported a scheme linking London, Birmingham, Manchester and Leeds as an alternative to the construction of a third runway for Heathrow.

Shortly after, the government announced that it supported the plans and yesterday set up a company called High Speed 2, to investigate the feasibility of the link. Sir David Rowlands, former permanent secretary at the Transport Department will head the inquiry.

Transport secretary, Geoff Hoon, said a decision on the link as well as electrification of the Midland and Great Western rail lines on which the high-speed service would run would be due before the end of the year.

High Speed 1 referred to the London to Channel Tunnel link.