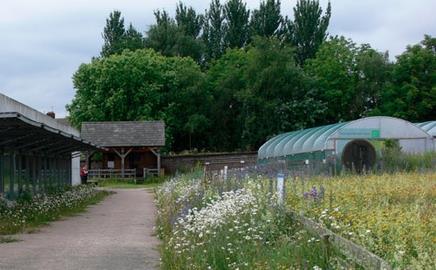 Stephen Hodder, the first winner of the Stirling Prize, is to turn his practice into a limited company, and his wife Claire is likely to become managing director.

Hodder said he intended to make the change from sole trader, as Hodder Associates, to limited company next month, before the end of the tax year. This will mean the firm will pay less tax, as its profit is currently charged at 40% income tax. “The limited structure is a more tax efficient model,” said Hodder.

It will also allow him to make three of the associates into partners. Although the positions are yet to be finalised, it looks likely that Hodder will become chairman, his wife Claire Hodder managing director, Jon Davies design director and Andrew Burningham technical director.

Hodder added that the partners will have stakes in the company, though he will retain a majority, with the possibility of succeeding him in future. He said: “I want people at associate level to stay. People want to see a career path for themselves, and that’s not just about salaries.”

It is likely the firm’s name will change to Hodder and Partners or Hodder Associates Ltd. Hodder had not made the change before as he had not looked at the succession issue and had been distracted by a heavy workload.

People want to see a career path for themselves, and that’s
not just about salaries stephen hodder

He said the rapid growth was partly driven by a new client – Manchester-based developer MCR Property Group. The firm is working on 12 projects for the MCR, including a £55m residential block in central Manchester.

Hodder’s Clissold Leisure Centre in Hackney, east London, which has been the subject of lengthy remedial work and legal wrangling, is due to re-open this summer.