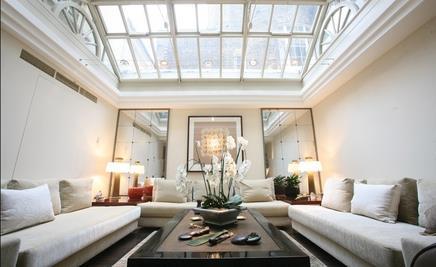 The £70m-turnover construction and refurbishment group launched a strategic review last July that included the possibility of a sale but it opted to refinance the company last month when it failed to find a suitable buyer.

HWA’s wealthy client list is believed to include figures such as Chelsea owner Roman Abramovich and steel tycoon Lakshmi Mittal, both of whom are non-domiciled in the UK.

Proposed changes to tax laws would have forced individuals to reveal their offshore holdings and sparked rumours of an exodus of wealthy foreigners from the UK. The government has since dropped the proposals and introduced a £30,000-a-year levy.

One private equity source said: “At the time there was a lot of scaremongering around before people saw the workings of the legislation. That was enough to plant a seed of doubt in the minds of the private equity community about HWA’s client base.”

Groups understood to have been interested in the company include Dunedin Capital Partners and Primary Capital.

HWA managing director Bob Cole hinted that the non-dom issue was discussed but denied it played any part in the decision not to go ahead with a sale.

He said: “It may have been a factor in their thinking but the reason we didn’t sell was because we couldn’t find a buyer with the right corporate fit. We have spent years building up the culture of this company.”

Cole added that the very top end of the market had been unaffected by the credit crunch.

As part of the refinancing, private equity backer Matrix boosted its stake from 17% to 21%, and it is thought it may look to exit when the economic climate improves.

More on HWA at www.building.co.uk/archive