Homes and Communities Agency: Quite an entrance 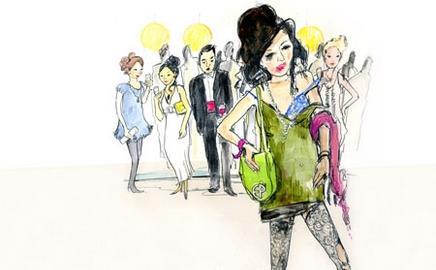 Get out the champagne … On Monday, the long-awaited housing superagency finally opens for business. Joey Gardiner considers the bedraggled legacy of English Partnerships, an organisation Rouse fears will turn up to the new body’s opening night with ‘its clothes tattered and its lipstick smudged …’

It is not the ending English Partnerships would have wanted. Over 15 years, the body has carved a respectable reputation for working with the private sector to regenerate rundown areas of northern England, and help build better quality housing in overheated areas of the South. However, in its final months, its reputation has been sorely tested. It has had to pull funding for a number of regeneration schemes, and may still need a government bailout to save it from technical insolvency. On the eve of the handover of its role to the new Homes and Communities Agency (HCA), the question is whether EP’s way of doing business has been discredited. And whether that hard-won reputation has been seriously tarnished.

The problem for EP has been that less than half of the £600m it spends each year comes directly from government grant. Last year £328m came from receipts from land sales – and unsurprisingly, this revenue has deteriorated dramatically.

Robert Napier, EP’s chairman and soon to be chairman of the HCA, will not reveal the exact state of the budget, but he does not attempt to play down the severity of the situation. The shortfall, he says, will be greater than the 10% quoted by the organisation’s chief executive in the summer, which in itself would have added up to £30m. “We will meet our outstanding legal commitments,” Napier says. “Thereafter we will seek to rephase or push back schemes, do enough to keep them alive and look again when times are better.”

Aside from legally committed schemes, he says, it is only those where it would be “crazy not to proceed” – where pausing would jeopardise existing investments – that will go ahead. That said, sources say there are only a “handful” of schemes that are only held up by the lack of EP funding. In most cases, the private partners are unwilling to go ahead as well.

The situation is so grave that EP was forced to go cap in hand to the communities department in the summer to secure the promise of a bailout, should it fail to meet its legal commitments. So far, that has not been called upon, but Napier admits “the department is on notice to step in”.

What has happened to EP is illustrated by the example of its 429-home Kings Waterfront scheme in Liverpool. This was supposed to be built by a consortium of David McLean Homes and City Lofts, with land sale receipts supposedly flowing to EP as consecutive phases were built. However, with little chance of the scheme now being developed, EP will get no receipts from this land in the foreseeable future. In general, developers are simply not looking to buy land, except at distressed-sale prices. As Napier says: “The taxpayer wouldn’t thank us for selling at today’s price.”

Building has spoken to a consultant working on one of the schemes affected by EP’s cash crunch. Although he refuses to identify the scheme, he says EP’s officials on the ground were shocked when the expected spend was turned down by the EP board. “To be fair, they came straight to us and told us there was a problem,” he says. “Unfortunately for us, halting this scheme simply isn’t an option – we’ve got to find the money from elsewhere.”

EP got sucked into the same short-term development cycle as everyone else. it hasn’t said no to investor-led schemes.

He says he was told that “fewer than 10” schemes across the country were in the same boat. And there seems to be some sympathy with EP over the issue, as regeneration consultant Lyn Fenton says: “It just shows that nobody is immune from the current risis. If it means some things will get delayed, it may not necessarily be a bad thing.”

Nevertheless, the consultant whose scheme was delayed said it had left a bad taste in the mouth. “They’re lucky they can park the negativity with the old agency when they change over.”

Others are critical of the fact that EP’s funding model means that it is hit by exactly the same problems as the wider industry. Mark Ryder, consultant and former chief executive of regeneration developer Isis, says: “EP’s schemes were often good but it got sucked into the same short-term development cycle as everyone else. Its schemes may be the best of the bunch but it hasn’t said no to investor-led schemes.”

This has left EP unable to act just when counter-cyclical investment would be most helpful – a point Napier is acutely aware of. “I studied economics from Keynes’ disciples,” he says. “Housebuilding is a quick way to restore activity in the economy. If we have the ability to bring money in, now is the ideal time to invest.” But the truth is, the agency doesn’t have the funds at the moment. “It’s down to us to make a case for it,” he says.

All of this will matter less when the HCA is formed: EP’s comparatively pitiful £260m annual government grant will be swamped by the £5bn of other funding going into the new agency, some of which can be used to get it out of its hole.

And Napier still believes EP will be remembered for its achievements: the regeneration of the coalfield communities, and using land expertise to ease the way for high-quality housebuilding. It’s just that this is not the way he would have written its closing act.