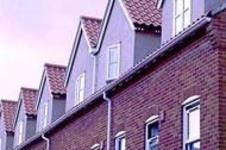 Nearly 1,000,000 home-owners are experiencing negative equity according to a report from the Council of Mortgage Lenders.

Around two-thirds of those facing negative equity on their homes have shortfalls of less than 10%, around £6,000 for first-time buyers and £8,000 for other households.

Bob Pannell, CML head of research, said: "Although negative equity has resurfaced as house prices have fallen, one big difference from the early 1990s downturn is that it is less concentrated among young, first-time buyers, and more evenly spread across wider age groups and those at different points on the housing ladder.

He said negative equity would contribute to a fall in housing sales but predicted that most households would not be adversely affected.

"It should be easier for households to rebuild their equity position than in the early 1990s, as low interest rates on their mortgage can help them to save or overpay more quickly."