House prices predicted to fall until 2011 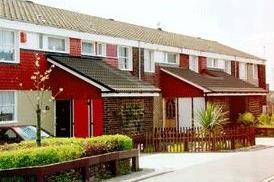 London housing market will be hardest hit next year, but recover earlier than rest of UK, says estate agent

House prices will not begin to rise until 2011, according to the latest property market forecast by estate agent Jones Lang LaSalle.

The firm said prices would continue to fall until the last quarter of 2010, with a peak to trough fall of 29%, and would not again reach 2007 prices until 2016.

After 2013 it said UK house price growth would return to strong boom-time levels of about 9% per annum, with rises of up to 20% each year likely at some point in the next decade.

The steepest of the price falls will come between now and the summer of 2009, it said, with the rate of decline decreasing thereafter. However, prices will not finally bottom out until the last quarter of 2010. House prices have already fallen by almost 15% in the year to October, according to Nationwide bank.