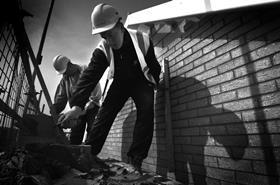 Materials and labour shortages in the housing market are ‘easing’, housebuilder Barratt has said in strong half-year results.

Nonetheless, build cost inflation is expected to remain at “low single digits”, expected to be 3-4% this year, Barratt said.

In half-year results for the six months to December 2014, Barratt posted record completions of 6,971, up from 6.195 the previous year.

Mark Clare, chief executive of Barratt, said: “Since 2009 we have committed to invest over £4 billion in land for new housing and this is now paying off.”