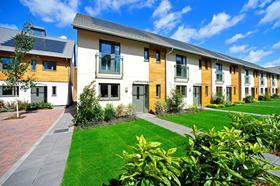 Private new-build housing registrations in the UK have reached their highest level since the start of the economic downturn in early 2008, according to the latest data from the National House-Building Council (NHBC).

The NHBC said 9,617 new homes were registered in the private sector in May, the highest monthly figure since 10,465 were registered more than five years ago in February 2008.

The NHBC said 4,297 were registered in the public sector during the month.

NHBC commercial director Richard Tamayo said: “May’s registration figures build upon the solid volume growth seen over the last six months with the private sector providing a particular impressive showing, with a level of monthly activity not seen since 2008.

“The latest figures can be seen as proof of how various government initiatives, such as the Help To Buy scheme, are working in delivering more new homes across the industry and evidence of increasing confidence returning to the home building industry.

“Although we have seen encouraging signs so far this year for UK housing registrations, the overall level remains below what the country requires and activity remains slower than before the economic downturn.”