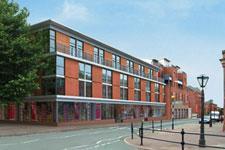 Revenues at urban regeneration specialist MJ Gleeson fell by more than half as it responded to the worst UK market conditions “in living memory” according to full-year results out today.

The firm reported a £20.8m loss and said that it now employs less than half the number of staff it employed on average in 2007.

It also said it had decided not to offer shareholders a dividend because of the state of trading conditions.

The £21m loss compares with a profit of £4m last year, and was the result of exceptional costs relating to cutting staff and a payment of £4.1m following the settlement of a “legacy issue” in the group's former contracting division.

MJ Gleeson also wrote down £10.6m on the falling value of its landbank, which now consists of 1,240ha.

Group chair Dermot Gleeson said that the second half of the financial year showed a “wholly unprecedented decline” in house sales. “The poor market conditions experienced during the year to 30 June 2008 have shown no improvement in the first three months of the current financial year,” he said.

“The board believes that the housing market will not improve until mortgage finance becomes more freely available and confidence returns to the wider economy. The timing of these events is not possible to predict with accuracy, but the board does not anticipate any material improvement before 2010.”