How Erinaceous was stopped in its tracks 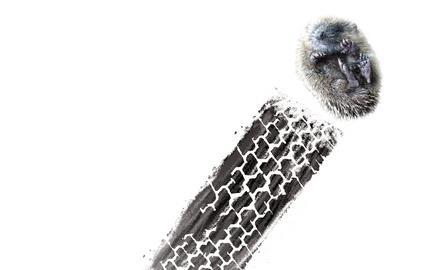 As many of its constituent QSs and architects prepare to buy their way out of the stricken property services group, David Parsley considers the future of the company that grew from nowhere to the verge of the FTSE 250, only for its addiction to acquisition to bring it to the edge of ruin

Erinaceous adj of, relating to or resembling hedgehogs

As the board of the property consultant Erinaceous considers its future over the coming weeks it may stop to ponder the wisdom of assuming the name of a creature commonly found dead on roads.

The company, which over the past three years has swallowed enough of the industry’s QSs and architects to make it the 29th largest employer of chartered staff in our Top 250 Consultants tables, and sixth highest fee earner in the land, may not be dead, but it is certainly in poor shape. It has lost £3.1m in the six months to June and has a net debt of almost £170m. Neil Bellis, its chief executive, has resigned, and most analysts expect US hedge fund Fursa Alternative Strategies, which has raised its stake in the group to 18%, to dismantle it.

It has also emerged that management buyouts are being considered by some of the firms under the Erinaceous umbrella in a desperate attempt to find a way out: consultants Monaghans and Francis Graves, together with the Erinaceous-owned Shoreham Brighton City airport, are among those believed to be considering the option.

For the founders of Erinaceous it must all seem a long way from the day in November 2003 when the company began trading on the alternative investment market (AIM). After four years of hard graft, Bellis and his sister-in-law Lucy Cummings, who co-founded the company, had made their way onto the stock exchange, having raised £9.1m.

For both of them it must have felt as though life as a quoted company was easy. The group was buying companies as if it were the January sales all year round and growth was at such a scale that just over a year later the group’s value had rocketed to £150m. The £63m acquisition of Hercules Property Services in late 2004 allowed the group to graduate to the senior market.

The move to the stock exchange opened up new funding for Erinaceous and the buying spree continued. In fact, the company has made no fewer than 40 acquisitions from across building and property services.

Few people, if any, had a bad word to say about Bellis and his remarkable growth story. In September 2005 the Financial Times commented: “Bellis has a vision of a one-stop property services shop straddling the country, and is well on the way to achieving it. The next landmark should be a move to the FTSE 250.”

There should be a solution soon, if you want to take comfort from that

Indeed, by the beginning of 2006 Erinaceous was the verge of becoming one of the top 250 companies in the country. After making a pre-tax profit of £23.2m on sales of £151.8m the previous year, it was valued at more than £400m. And just to make sure nothing could go wrong, Bellis had appointed as chairman Nigel Turnbull, he of the Turnbull Report on risk management and internal controls.

But Erinaceous never did make it to the FTSE 250. Turnbull and the other board members – including Lord Razzall, the Liberal Democrat peer, Nicholas Fry, a former KPMG partner, and Lord Poole, a leading adviser in John Major’s government – had reached the top of the rollercoaster and there was only one way to go.

It was Tuesday 28 March 2006 when the first signs of the rot appeared, as news broke of a Serious Fraud Office (SFO) investigation into an alleged fraud at an Erinaceous subsidiary, Dunlop Haywards.

The scandal broke when the Cheshire Building Society revealed it had made a £10m provision against a suspected fraud relating to a commercial loan, forcing it into a net loss of £1.3m for 2005. A property had been valued at between £10.5m and £16m, only to be reassessed at closer to £2m.

Erinaceous described the case as a one-off and claimed it did not reflect the calibre of its management or its internal controls. This “one-off” incident was followed shortly after by a claim, this time for £26m, brought against the company by Nationwide relating to the valuation of three properties. Both claims followed a £50,000 investigation into “extreme inconsistencies” in a commercial valuation made by Ian McGarry, nicknamed “Flash McGarry”. Shares lost 35% of their value as concerns about the group’s addiction to acquisition began to mount.

Peter Beard, a partner at project manager Monaghans, one Erinaceous subsidiary, believes the sheer amount of time spent on the buyouts could have distracted the management.

“We were bought by Erinaceous in September last year and I know how much management time a takeover takes,” he says.

I hope we have a future there, but a buyout is a possibility

Bellis insisted that the SFO raids and allegations of fraud had had no financial impact on the company. The shares made their way back up again and there were more acquisitions.

When a bidding war broke out for the group at the beginning of this year the troubles looked like they had gone away for good. Private equity groups 3i and Bridgepoint were taking a look at the company’s books along with Vincent Tchenguiz, the property entrepreneur, and HBOS. Talk was of a £320m bid for the company.

But soon after the first telltale signs of a corporate collapse began to show. First, Numis resigned as broker to Erinaceous during the takeover talks with HBOS. Nobody said why. Then all the buyers walked away after taking a close look at the books.

Finally, in September the truth emerged. Erinaceous announced it had broken its banking covenants and the shares almost halved. With debts rocketing, Turnbull took the role of executive chairman, but Bellis and Cummings stayed on the board.

Now the talk surrounds hedge fund Fursa, which has approached Keith Hamill, former finance director at WH Smith, to take charge of the group and may call an extraordinary meeting of shareholders to oust the current management.

Meanwhile some constituent consultants are considering buyouts. Monaghan’s Beard admits he’s one. “I hope we can build a future as part of Erinaceous,” he says, “but a buyout is a possibility.”

It seems the buyout route is also an option for Francis Graves, run by managing director Richard Graves. “It’s too early to discuss, but I think there will be a solution soon, if you want to take comfort from that.”

Cold comfort maybe. As one senior sector analyst put it: “Everything Erinaceous ever did now appears erroneous.”