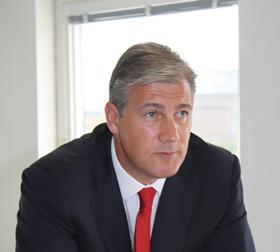 Paul Flatt, chair of Hurley Palmer Flatt, said that Sparks would be charged with expanding the firm overseas through acquisitions. “We want to bolster the firm with some strategic acquisitions,” he said.

“To take [us to] that next level of growth we need people to focus on that and focus on overseas.”

“When you do an acquisition it’s a distraction and we wanted the business to be able to run exactly as it is.”

Flatt said he expected the firm to buy a business within the next 12 months and was targeting Hong Kong.

He said the firm had been taking its time over potential acquisitions.  “We like to get to know management teams and watch a business for at least six months … Going out and doing an acquisition on an ego basis is a good way of damaging your business,” he said.