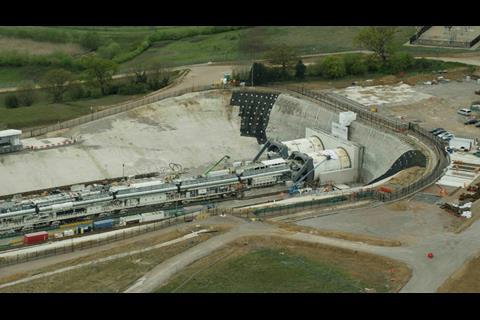 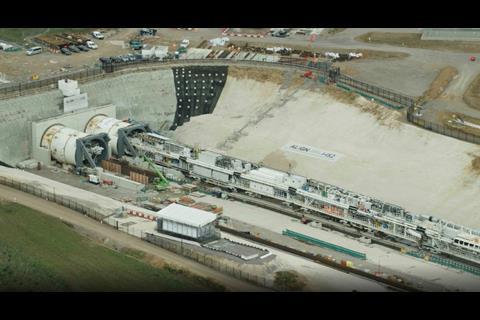 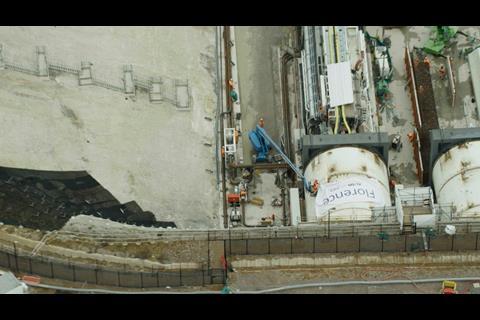 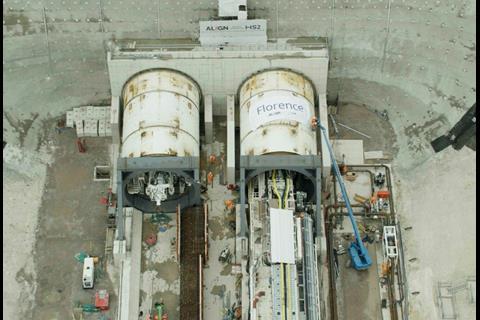 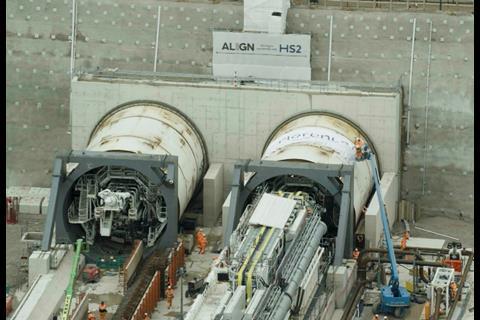 HS2 has officially launched the first of 10 tunnel boring machines (TBMs) on the £100bn project.

The 2,000 tonne machine, said to be the largest ever used on a UK rail project, will dig the first of a pair of 10-mile long tunnels under the Chiltern Hills over the next three and half years.

Named Florence after the nursing pioneer Florence Nightingale, it was built by Herrenknecht at its factory in south-west Germany and will be operated by Align, a joint venture of Bouygues, Sir Robert McAlpine and VolkerFitzpatrick.

A second machine, Cecilia - named after the astrophysicist Cecilia Payne-Gaposchkin - will launch next month to excavate the second tunnel in Buckinghamshire.

Designed specifically for the mix of chalk and flints under the Chilterns, the two identical TBMs will dig separate tunnels for north and south-bound trains.

Each machine operates as a self-contained underground factory - digging the tunnel, lining it with concrete wall segments and grouting them into place at a speed of around 15m a day. Each tunnel will require 56,000 precision engineered, fibre-reinforced segments – which will all be made on site.

A crew of 17 people will operate each TBM, working in shifts to keep the machines running 24 hours a day, seven days a week. They will be supported by more than 100 people on the surface, managing the logistics and maintaining the operation.

In total the 10 giant tunnelling machines will dig 64 miles of tunnels between London and the West Midlands, the first phase of the high speed railway.

Align is recruiting 1,200 personnel in total, including 100 apprentices, to work on the section of HS2 that it has been appointed to build.