A ministerial task force set up to keep oversight of the £100bn HS2 project has met just once since the first phase of the project was given the go-ahead in February. 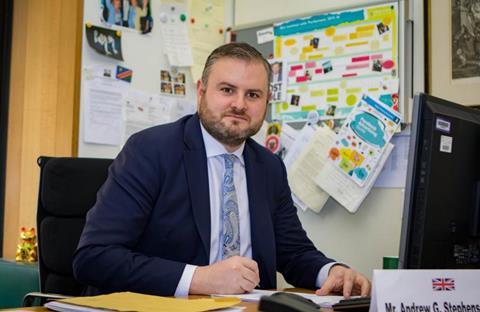 Group members include ministers from the Department for Transport, HM Treasury, the Ministry of Housing, Communities and Local Government and the Cabinet Office.

Stephenson added: "The chair, chief executive officer and chief financial officer from HS2 Ltd also attend, alongside officials and advisors from the represented government departments and the prime minister’s office."

The comments came in an answer to a written question from Dame Cheryl Gillan – the Tory MP for Chesham and Amersham in the Chilterns which HS2 will run through.

A spokesperson for the Department for Transport said arrangements for the ministerial task force were not formally outlined until the government approved the HS2 phase one full business case on 15 April.

Stephenson (pictured) also provided an update on the National College for Advanced Transport and Infrastructure (NCATI) and other employer-led further education colleges.

He said: "Officials within DfT are working closely with their opposite numbers in DfE regarding NCATI. DfT are active members of the steering group overseeing the structure and prospects appraisal being led by DfE’s further education commissioner to ensure its future model is sustainable."

He also provided a summary of the main activities HS2 and its supply chain have carried out to work with further education colleges on several employer and college-led initiatives and programmes.