HSE admits crane reports may have been inaccurate 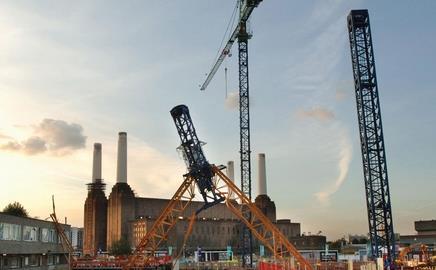 The Health and Safety Executive (HSE) has admitted that some inspections carried out on Falcon cranes after two fatal accidents at Battersea and Liverpool may have been inaccurate.

It emerged this week that Falcon Crane Hire complained to the HSE in March over the handling of an investigation into its fleet of cranes after a prohibition notice was issued against a large proportion of them earlier this year.

The company alleged that the inspectors who checked the 180 Falcon cranes (those that had not previously been inspected by independent experts) were not all specialists in crane maintenance. HSE inspectors found about 10% of the cranes inspected had defects. The executive has yet to compile a final report.

Falcon said there was “good reason to doubt the accuracy of some of the findings”. A Falcon spokesperson told Building, which launched its Safer Skyline campaign in response to the accidents: “All defects that were found were rectified within a couple of days. When the inspection reports came in, 5% were wrongly classified.”

A spokesperson for the HSE said: “Falcon said it was concerned over the quality of some of the reports and we are of the same mind.”

Police and the HSE are also carrying out other inquiries into the Battersea and Liverpool accidents.

For more on Safer Skyline, go to www.building.co.uk/saferskyline