KPF scheme needs to be signed off by capital’s mayor 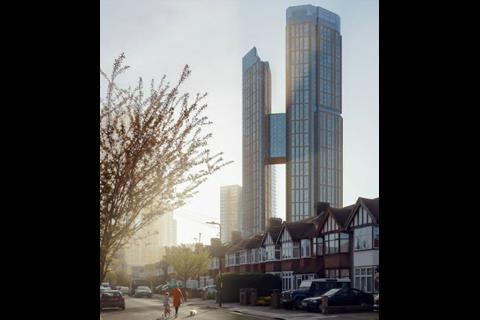 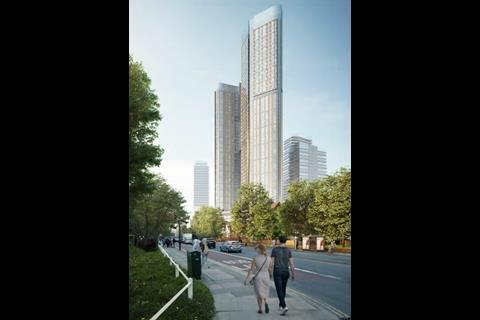 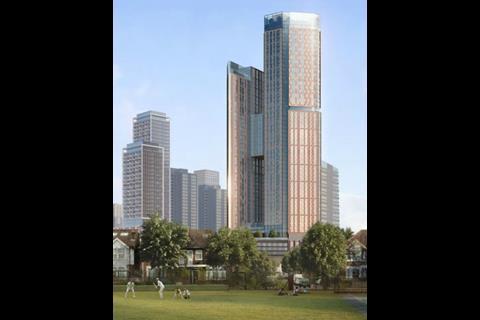 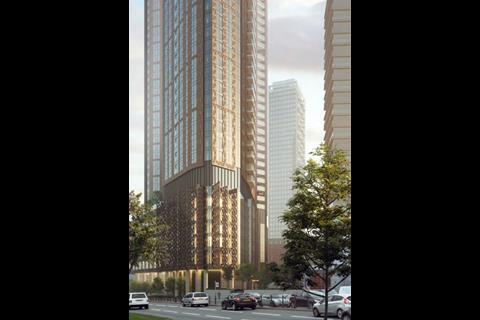 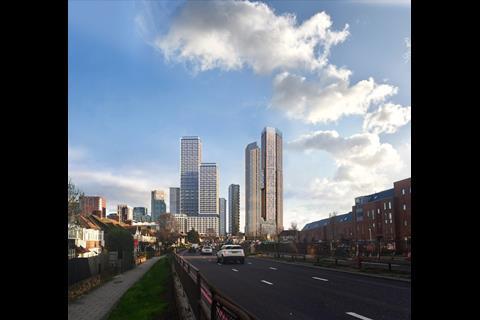 Proposals by Aldau Development for twin towers in Acton, west London reaching as high as 55-storeys have been approved by Ealing council.

The towers, earmarked for the site of the Holiday Inn London West on the A40 at Acton, will deliver 702 new homes, a 159-room hotel, retail space and co-working space. The developer said the project will provide 35% affordable housing at the site south-west of Old Oak Common.

The scheme, designed by architect KPF, comprises two towers, of 55-storeys and 45-storeys respectively, the taller of which would be crowned by a three-storey glazed screen. The two towers will be linked by a nine-floor “sky bridge” between their 26th and 34th storeys which will contain 36 of the scheme’s new homes.

The approval is subject to ratification by London mayor Sadiq Khan but recommending the Acton scheme for approval, Ealing council planning officers saluted KPF’s design and said the proposals represented an opportunity to “optimise and enhance the use of the site”, which is part of the mayor’s Old Oak and Park Royal Opportunity Area.

“This is a well-designed scheme which has benefited from a creative but also carefully measured design approach,” they told councillors.

But they conceded: “The presence and prominence of the scheme needs to be acknowledged together with the harshness of the immediate surrounds.”

The Holiday Inn London West will be demolished to make way for the towers.

The same Ealing council planning committee meeting also supported a plan to increase the height of towers proposed for a neighbouring plot at Portal Way.

BUJ Architects saw its plans to add an additional 10 storeys to a residential block originally consented in 2017 approved, taking its total height to 54 storeys. The practice also won consent to add a further four storeys to another tower that is part of that scheme, increasing its height to 38 storeys.

Councillors were told that the proposals, for City and Docklands Construction, would add 97 flats to the development, delivering a total of 701 new homes. 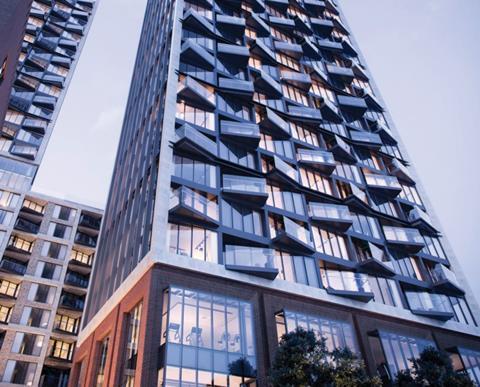