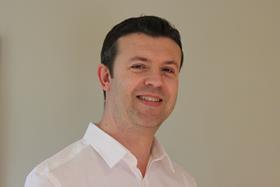 Jackson, the original Davis Langdon equity partner, was hired as part of a restructure at the practice responding to a recent period of accelerated growth.

“These represent an opportunity for the practice to make a number of key strategic moves and appointments,” he said.

Jackson will concentrate on the business side of the practice, supporting the creative studio and expansion in both the domestic and international markets.

“I’m looking forward to working with a close-knit team that is clearly very ambitious,” said Jackson who will join the practice in early June.

Meanwhile the practice structure is to evolve to allow key members to participate financially in future growth.

“These changes are long overdue,” said Simpson. “We have long had ambition to strengthen our practice structure and management team. We have a very talented, loyal and hard working team and need to ensure that they are rewarded and opportunity clarified as we move forward.”