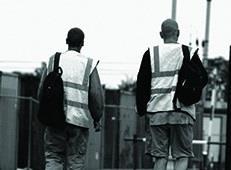 A week-long Home Office inspection drive to uncover instances of illegal immigration in construction has begun, Building can reveal.

The inspection drive began yesterday (Sunday 11 October) and will run throughout this week, the Home Office confirmed.

Enforcement officers will carry out operations across UK construction sites to identify firms that employ and exploit illegal migrant workers.

In August the government pledged a clampdown on illegal immigration by “rogue employers” across three “high risk sectors”. Construction is the first to be targeted and will be followed by care and cleaning.

In an exclusive comment piece on building.co.uk today, immigration minister James Brokenshire writes that illegal working poses a “significant threat to the construction industry” and encourages firms to utilise the government’s ‘Right to Work’ checks launched over the summer.