Image of the week: North of Eden 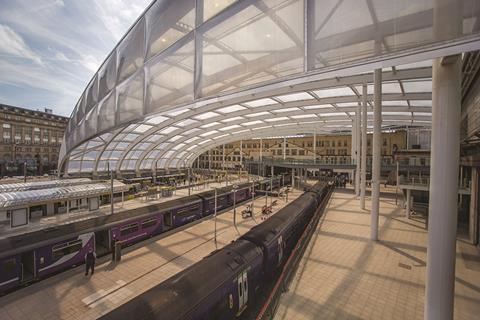 Labelled Britain’s worst train station by a 2009 government report, the revamped Manchester Victoria station reopened on Tuesday after a £44m upgrade, carried out by Morgan Sindall.

The modernisation includes a new roof made from ETFE, the material used on the Eden Project domes. The Metrolink tram network has also been incorporated into the redeveloped station.

The scheme, carried out while the station was operational, is part of a £1bn government investment programme to improve the north of England’s rail capacity and connectivity.