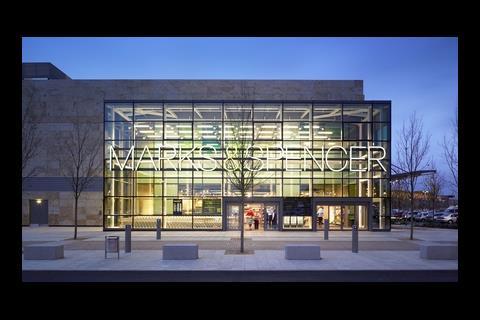 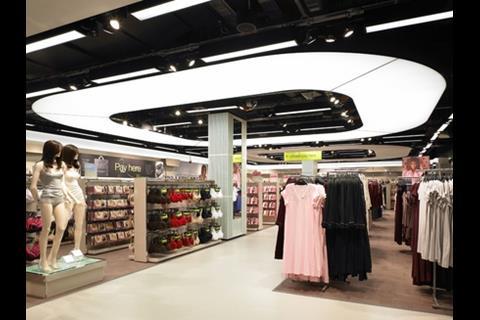 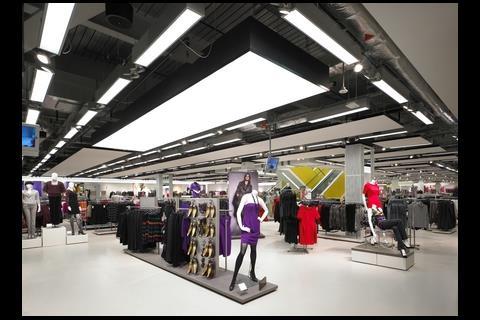 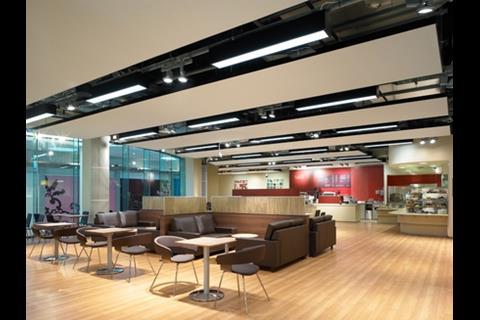 These are the first pictures of Marks & Spencer's first eco-store, opened late last year. The Silverburn, Glasgow premises is powered with renewable energy from a wind turbine located in Aberdeenshire and uses around 55% less energy than similar sized M&S stores though the installation of more efficient lighting, refrigeration, heating and ventilation systems.

The store has been built as part of the retailer’s £200m, five-year Plan A initiative. Shell architect was BDP, interior architect was 3dReid.

Among other features, the store:

Stephen Allison, project leader at 3DReid said: "Being one of the first Plan A fit-outs, the project has given us the opportunity to have a defining input into the concept design and delivery. The shell was already 75% complete at the time of the Plan A announcement and so we had to very quickly redesign our ideas, which proved a very exciting and rewarding challenge."

Niall Trafford, executive of store design and specification at M&S, said: "Silverburn has allowed us a great opportunity to develop and trial new technologies that we hope to be able to roll out across future store openings."