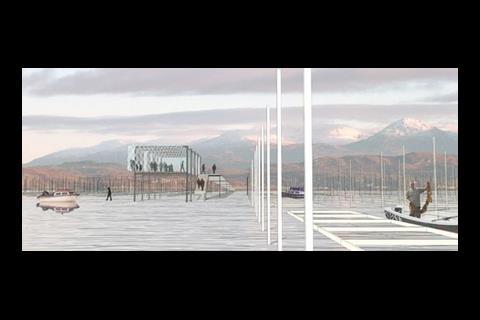 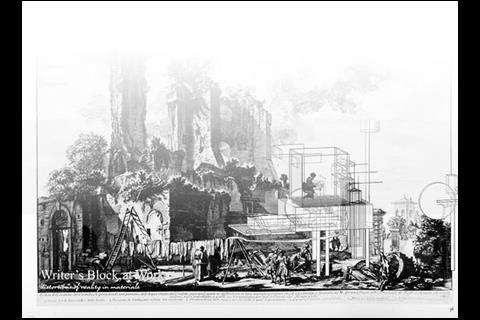 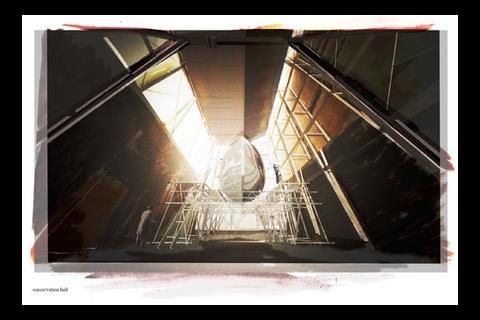 Michael Fedak, from the Mackintosh School of Architecture, for the project “Eyemouth Wreck Conservation Hall” for Part 1 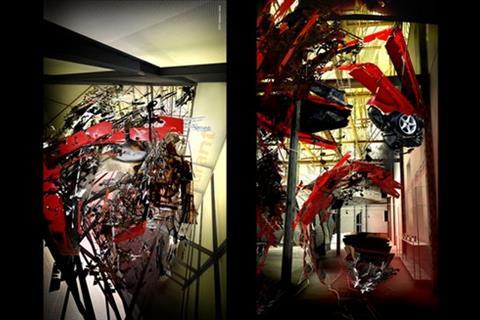 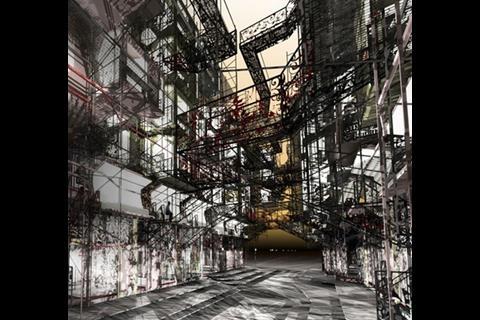 Mark Rist, from the University of Westminster, for “Street Life - Communes for Urbanites” at Part 2 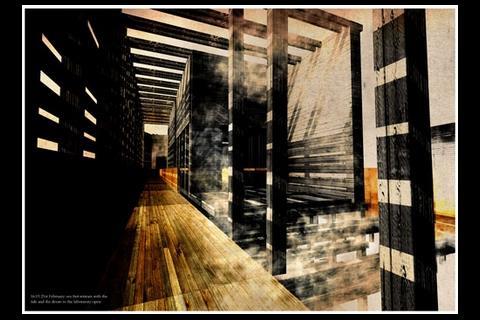 First prize goes to James Tait from University of Strathclyde

The RIBA has announced the winners of its President’s Medals Student Awards 2008. James Tait (pictured above) from the University of Strathclyde won the Silver Medal for his project “Time and Tide for Seaweed”.

Wynne Leung and Francesco Matteo Belfiore from the University of Greenwich won the Bronze Medal for their joint project “Invisible University Library”.

Dominic Severs from the University of Westminster won the Dissertation Medal for his work “Rookeries and No-go Estates: St. Giles and Broadwater Farm”.

The Serjeant Award for Excellence in Drawing was awarded to Mark Rist, from the University of Westminster, for “Street Life - Communes for Urbanites” and Shaun Young, from Northumbria University, for the project “’A thin place’ Mesolithic Archaeology Museum, Northumberland”.

The iGuzzini Travelling Award, for projects that show outstanding and innovative use of lighting in architecture went to Michael Fedak, from the Mackintosh School of Architecture, for his project “Eyemouth Wreck Conservation Hall” and Mark King, from the University of Lincoln, for “Crash - House for J. Ballard”.

The students and tutors involved visited the iGuzzini headquarters in Recanati, Italy for the scheme.

As many as 111 Schools of architecture offering RIBA validated courses around the world were asked to nominate two of their best student design projects at Part 1 (first degree), two at Part 2 (second degree) and one dissertation.

116 additional schools from all over the world were also invited to submit work to the competition.

Sunand Prasad, president of the RIBA, said: “The President’s Medals awards promote and reward outstanding talent demonstrated in projects emanating from schools of architecture worldwide. The RIBA is particularly proud of its international involvement in architectural education and is delighted with the very high calibre of projects and dissertations being submitted.”

The awards, in association with Atkins, promote excellence in the study of architecture, rewarding talent and encouraging architectural debate world-wide. The public exhibition of the winning work is on display at the RIBA headquarters until the end of January 2009.

An exhibition of the winning work will tour the UK and abroad in 2009.
The main President's Medals are: the Bronze Medal (awarded to a Part 1 design project), the Silver Medal (Part 2 design project) and the Dissertation Medal, which is awarded for the best exploration of different subjects, methodologies and presentations.
For more information, projects and images visit the RIBA President Medal awards.