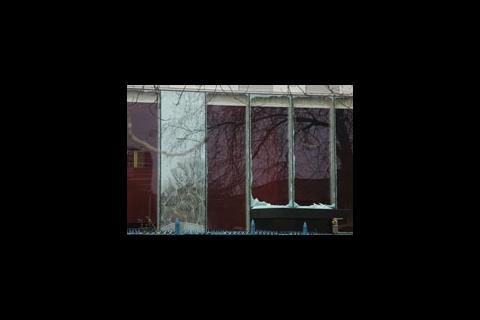 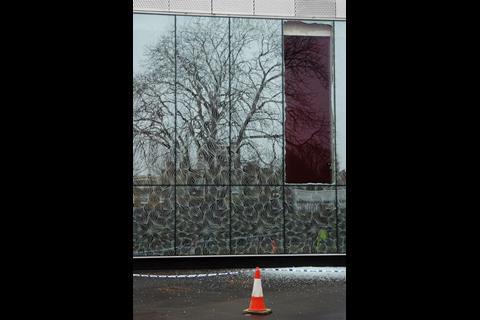 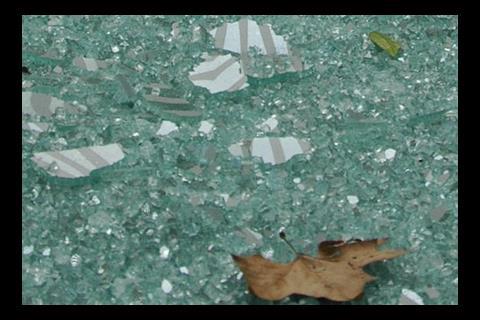 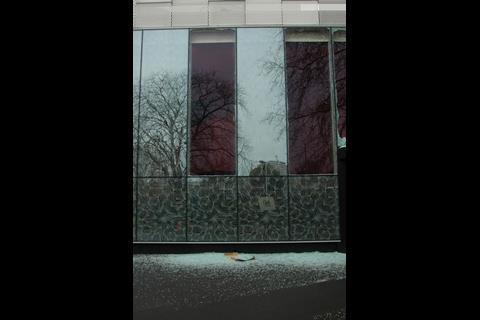 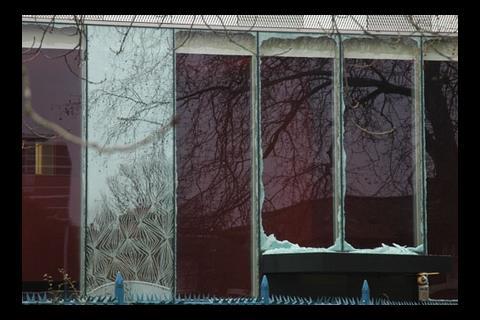 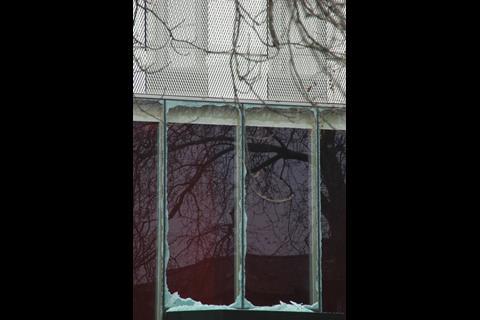 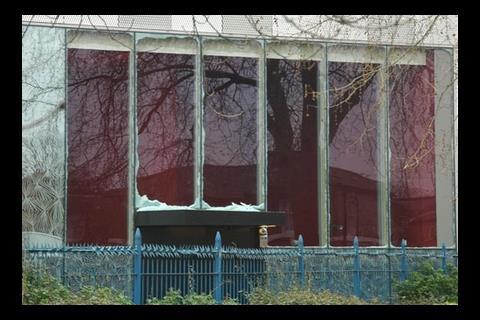 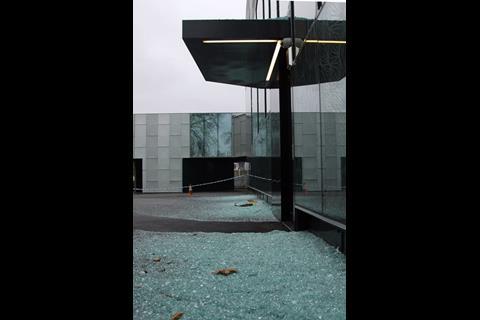 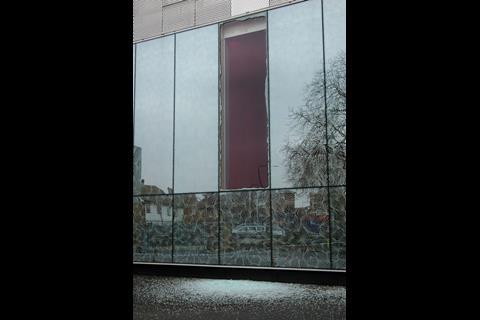 There was no one around when I went down to the Stephen Lawrence Centre to check out what damage vandals had done to the new building.

The police presence had vanished to be replaced by a single security guard who wandered into my shot after about ten minutes of snapping away. He was suspicious and non committal and couldn’t say when the damage would be repaired.

Piles of glass lay on the ground in front of eight tall windows about 4m high and 1.3m wide. The etching used by Turner Prize winning artist Chris Ofili to create the patterns on the glass was clearly visible in the fragments on the ground.

Someone had cleared the shattered remnants of the toughened glass making up the outer leaf of the double glazing units out of the frame to make the area safe.

The damage is said to add up to £15,000 per unit making the total repair bill £120,000. The repair will involve making up new double glazed units complete with the etched design on the inside face of the outer leaf, a process that will take weeks if not months.

Unfortunately the centre will still be vulnerable to attack – lobbing bricks over the railings surrounding the building isn’t difficult and if the fence is made higher it won’t be impossible to aim bricks, an air rifle or worse through the gaps in the railings.

To prevent this sort of attack will mean the building will end up looking like a fortress. It’s a sad indictment of the world we live in.