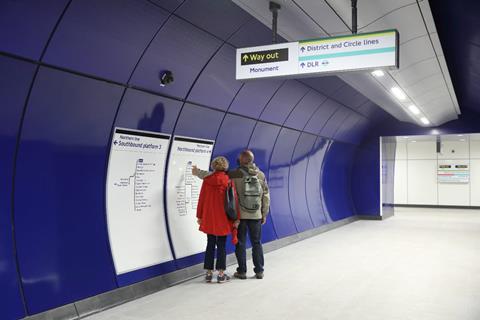 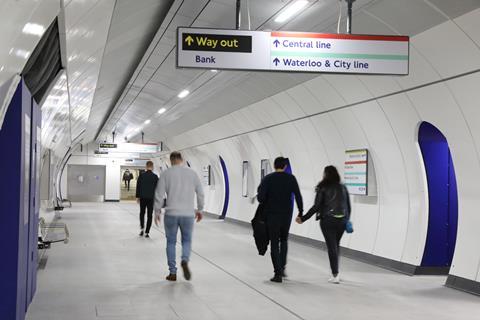 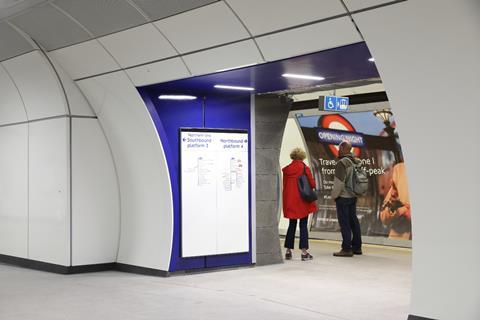 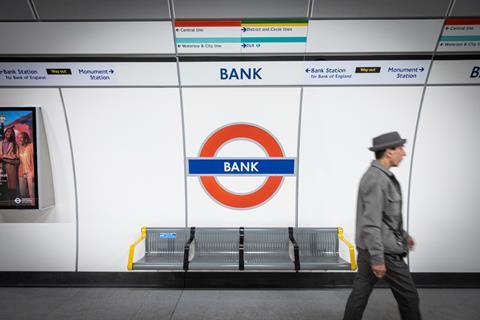 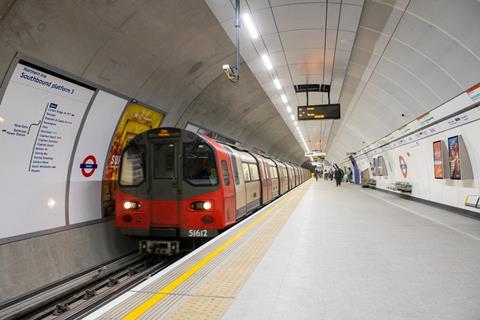 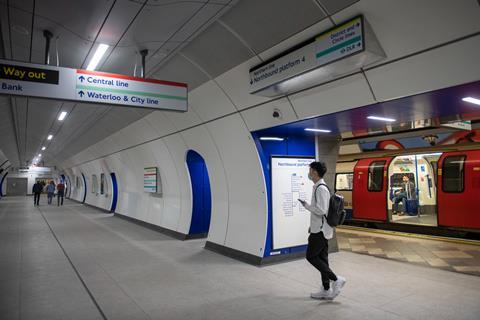 The Bank branch of the Northern line has fully reopened following the completion of a new Wilkinson Eyre-designed platform at Bank station.

Southbound trains have resumed service after a 17-week closure of all stations on the branch between Moorgate and Kennington, imposed so the works could be carried out by main contractor Dragados.

Three new passageways, designed to make moving around the station quicker and easier, have also been completed.

Work on other stations along the branch was also carried out during the closure, including improvements to lifts and escalators, refurbishment work at Borough and enabling works for the future Elephant and Castle station upgrade. The upgrades, on which work began in 2017, are part of a wider £700m scheme which is scheduled to complete later this year.

The next phase of works at Bank station will include new escalators linking the Northern Line to the Docklands Light Railway (DLR) and two new moving walkways connecting the Northern and Central lines.

Capacity at Bank station, one of the largest and most complex underground railway complexes in the world, will be increased by 40% when the works are complete.

“Anyone who’s familiar with Bank station will know how its labyrinthian layout can be confusing and time-consuming to navigate.

“Northern line customers now have a new, wider southbound platform and spacious customer concourse. The countdown is on for completing the rest of this major upgrade.”

WilkinsonEyre project lead architect Harsh Lad added: “The introduction of spacious passageways to the underground environment will transform the architecture and promote quicker, more intuitive routes through the station and interchange between the different lines served by Bank, and significantly improve accessibility to those lines.”

Other improvements due to be completed this year include new station entrances at Cannon Street and King William Street.

The reopening of the Northern Line’s Bank branch comes eight months after the line’s £1.1bn extension to Battersea Power Station opened to passengers.

It also comes two weeks after TfL’s announcement that the Elizabeth line London will finally open next week on 24 May.

The purple-coloured line, which connects east and west London is nearly three-and-a-half years late and almost £4bn over budget.