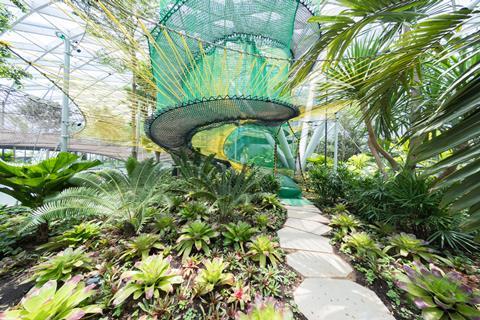 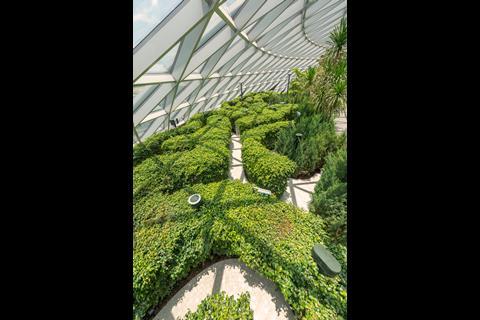 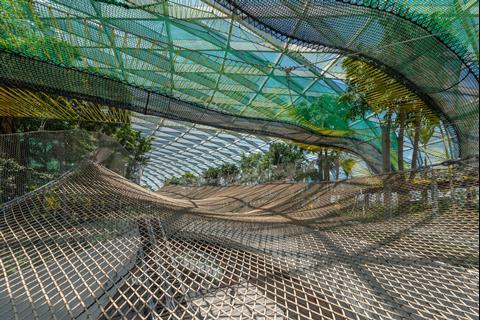 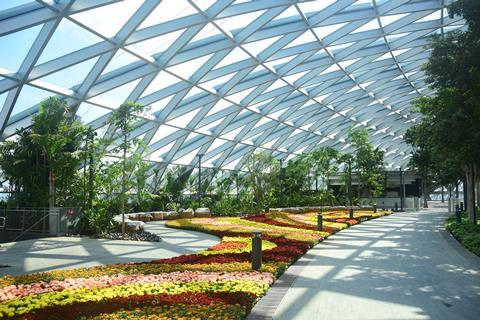 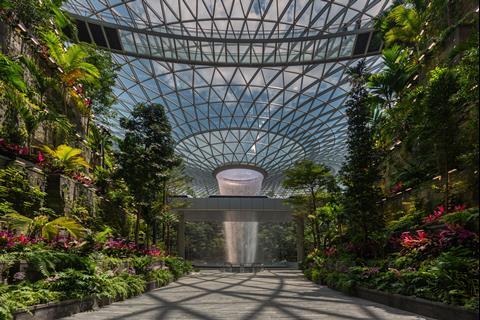 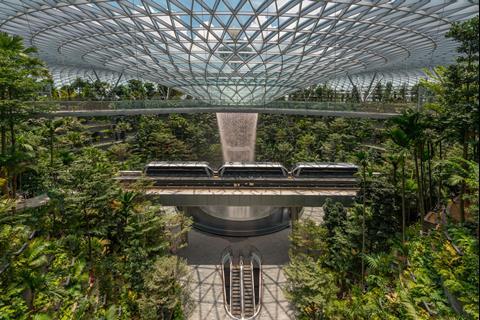 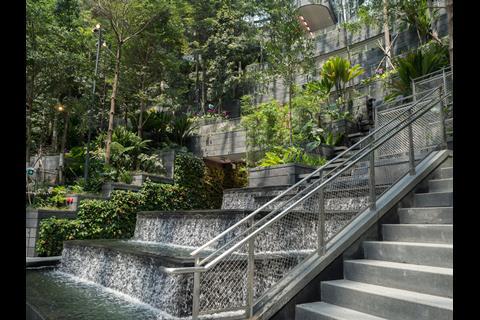 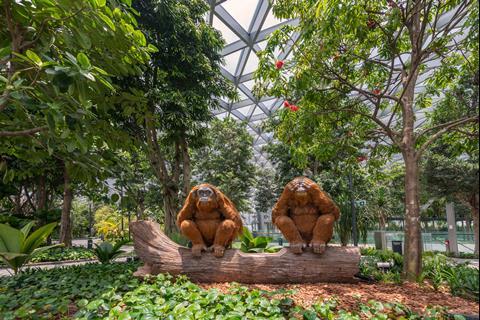 A new greenhouse complex at Singapore’s Changi Airport opened its doors last week ahead of its official opening this Wednesday.

The £950m development, called Jewel, has been designed by the firm of Israeli architect Moshe Safdie.

UK architect Benoy carried out work on the interiors while other firms working on the 10-storey scheme included Buro Happold, Atelier Ten and Mott MacDonald.

The government is hoping the building, which sits between existing terminals, will get passengers on connecting flights to experience a taste of Singapore, so they come back for a longer stay.

The glass bagel-shaped building is connected to the city’s transport systems and directly to airport terminal one, as well as terminals two and three via pedestrian bridges. It has five storeys above ground and five more below.

It includes an area called the Forest Valley, a terraced garden attraction that features walking trails, waterfalls and seating areas.

And the airport includes a space called Canopy Park which includes 14,000 sqm of attractions including a hedge maze and a netted play park. Other features include bouncing and walking nets and a sky bridge.

As well as retail, it will feature cabins that can be booked by transferring passengers for a minimum of four hours and will be run by UK hotel chain Yotelair.