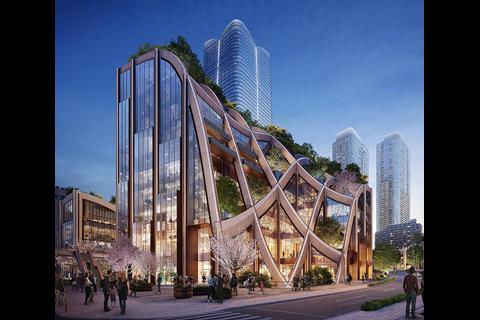 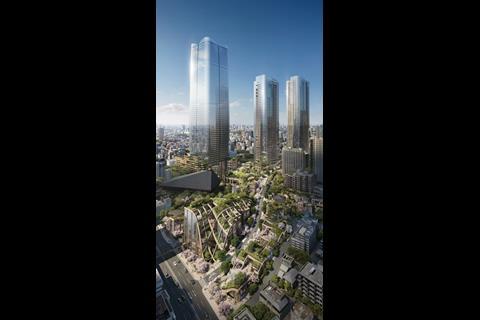 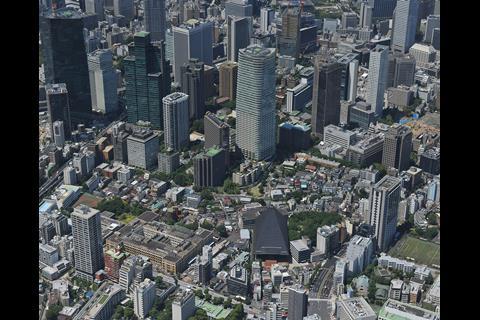 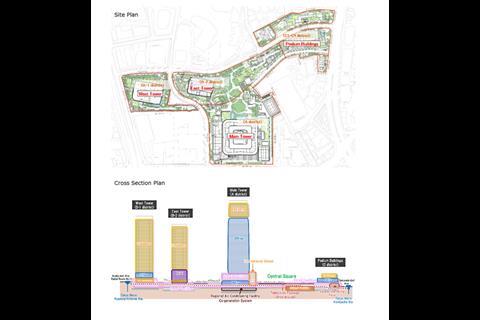 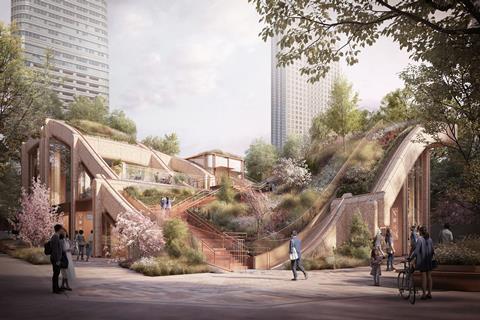 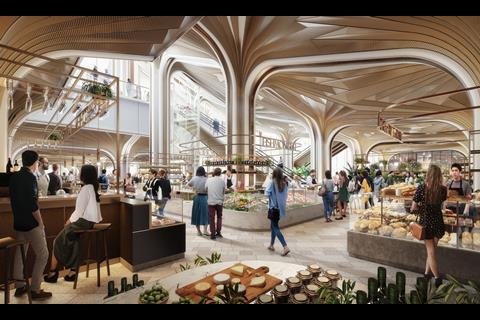 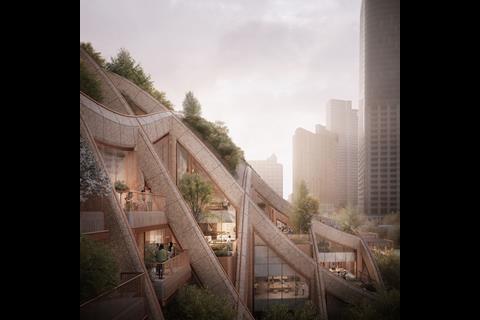 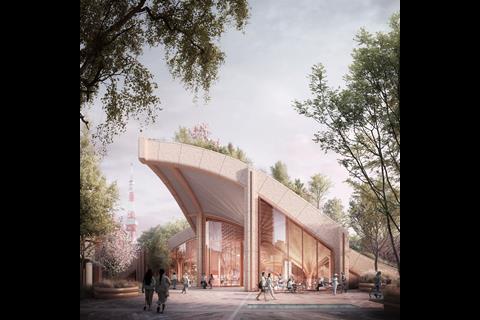 Heatherwick Studio has released images of its first project to be built in Japan, an 8ha redevelopment in Tokyo inspired by the idea of a giant pergola.

Other architects appointed to the Toranomon-Azabudai project include Canadians Yabu Pushelberg, Italy’s Marco Costanzi and Singapore’s Soo Chan. All the architects were commissioned independently.

The project, which is roughly the size of the Rockefeller Centre in New York, broke ground this month and is due to complete in 2023.

It will be Heatherwick’s first built project in Japan. A temple commissioned in Kagoshima in 2001 was never built.

With a total floor area of 860,400sq m, it will have space for 20,000 office workers and 3,500 residents. There will also be a school, temple, hotel, cultural facilities and power stations supplying electricity to the neighbourhood.

Heatherwick Studio designed the public realm and lower-level podium architecture, along with the retail and landscaping which includes a 6,000sq m central square.

The three towers have been designed by Pelli Clarke Pelli, led by the practice’s founders, Fred Clarke and César Pelli, who died in July.

The developer said its scheme would incorporate cutting-edge seismic technology that would make it safe enough for people to carry on living and working even in the event of a disaster on the scale of 2011’s devastating earthquake which led to a tsunami and the loss of 16,000 lives.