First of 10,000 unseen images made available to public 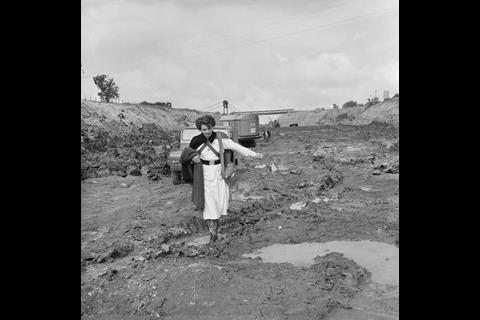 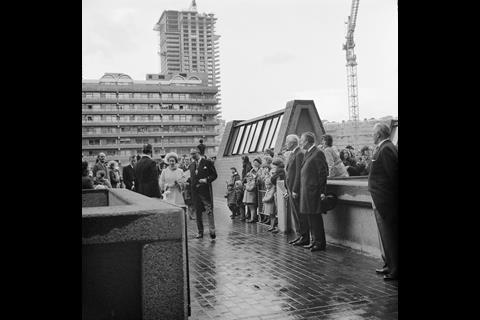 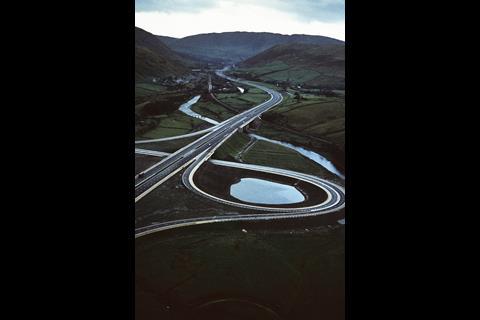 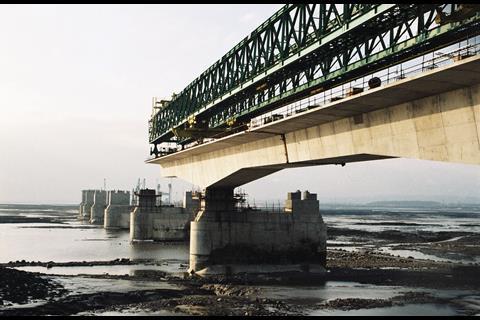 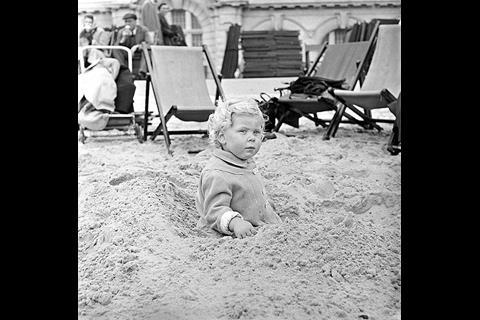 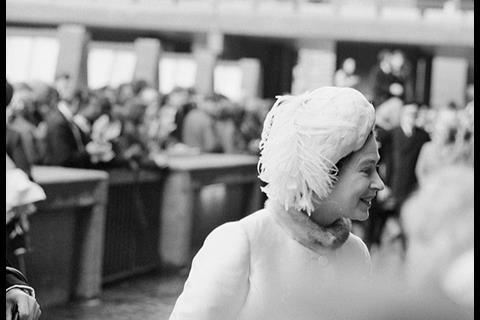 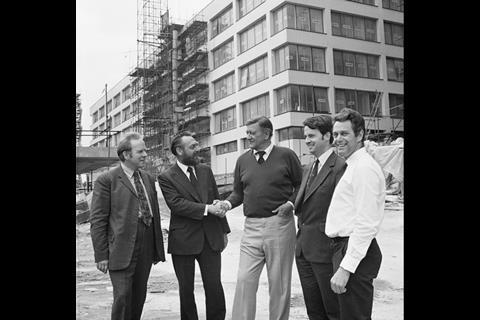 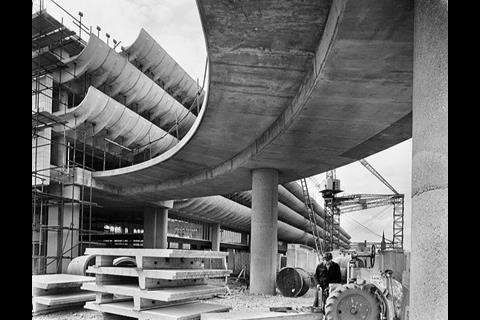 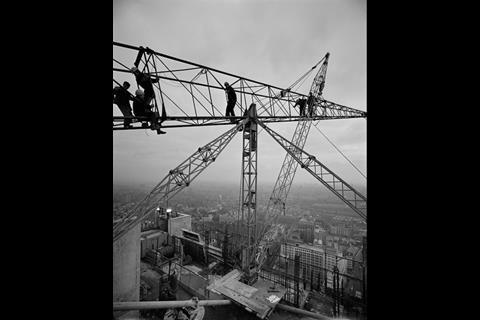 Cranes at a London building site, possibly the Barbican, in January 1968 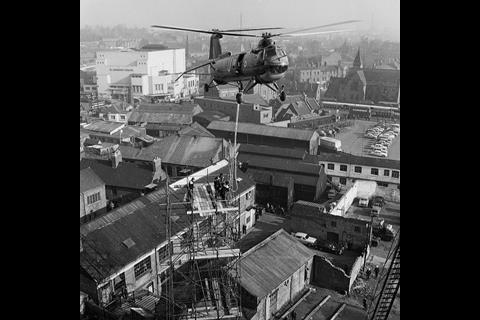 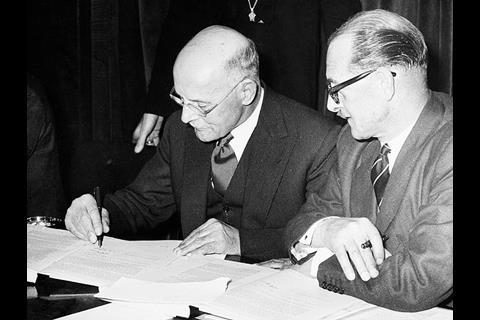 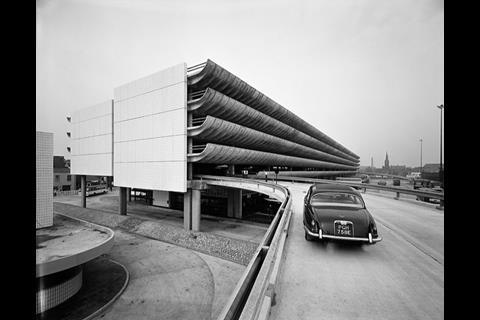 View of the Preston Bus Station in September 1969. It was earmarked for demolition in 2012 before being reprieved a year later with a grade II listing 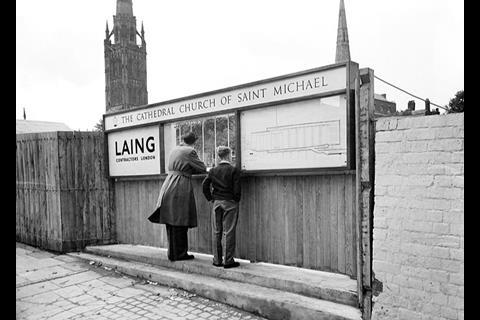 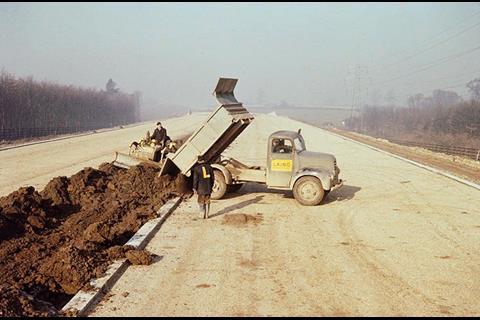 Workers constructing the central reservation of the M1 motorway, 1958-9 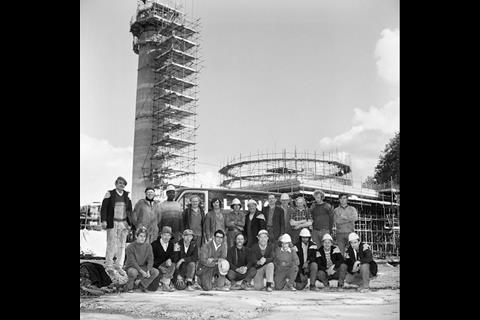 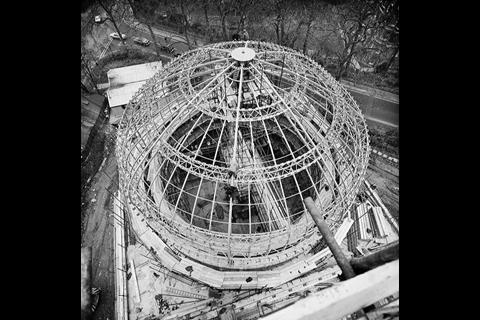 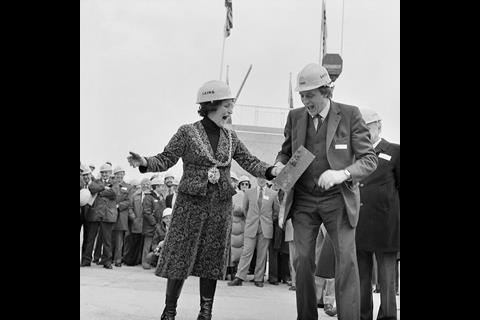 Martin Laing with Carlisle mayor Trudy Whalley at the topping out of the Lanes shopping centre in March 1984. Martin Laing became Laing chairman the following year and was knighted in 1997 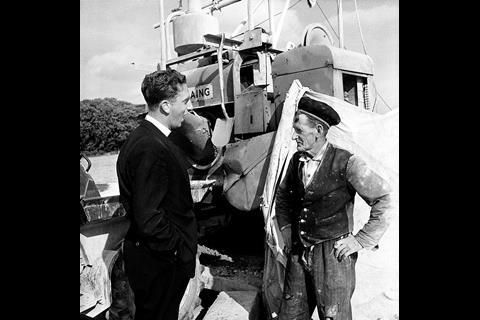 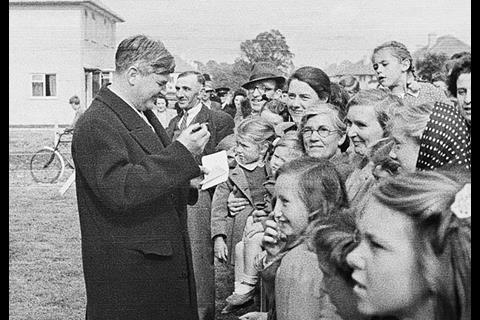 Labour health minister Aneurin Bevan signs autographs at the opening of Laing's Patchway Estate in Bristol in September 1946. The 50 homes were built using Laing's Easiform method of in situ pre-cast concrete construction it had developed in 1919 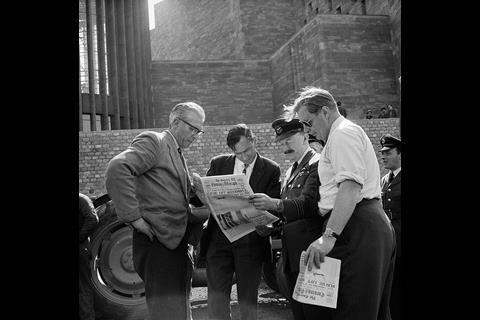 Historic England has released the first 3,000 images of a huge collection handed to it by John Laing depicting how the firm helped build modern Britain.

Schemes shown include the M1, the rebuilding of the war-damaged Coventry Cathedral, the Barbican Centre, Preston Bus Station, the London Central Mosque and the Second Severn Crossing.

Other later jobs the firm worked on included the Sizewell B nuclear power station, completed in 1995, architect James Stirling’s grade II*-listed No 1 Poultry in the City of London, finished in 1998, the first large-scale PFI hospital, the Norfolk and Norwich, started that same year, and the Cardiff Millennium Stadium – finished a year later but one of a number of jobs that forced the then 150-year-old firm’s then chairman Sir Martin Laing to sanction the sale of its construction arm.

The name that eclipsed all others

The division was put on the block in November 2000 and was bought the following year for £1 by one of its subcontractors, the £200m turnover concrete firm O’Rourke.

The heritage group wants to hear from former employees who would be able to help with an initiative which will see ex-staff visit schools in towns and cities where the firm’s most famous schemes were built to talk about their time at Laing.

A spokesperson said it was holding events in Coventry, London and Carlisle, the firm’s historic base, in the coming months.