Complex will be used by Thames Clippers river bus service 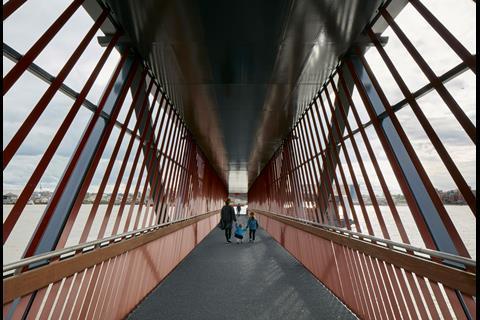 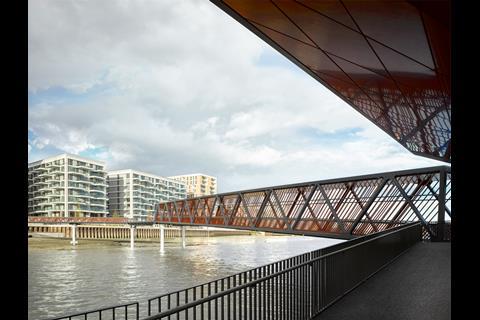 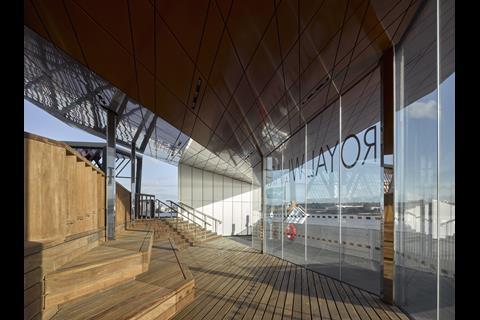 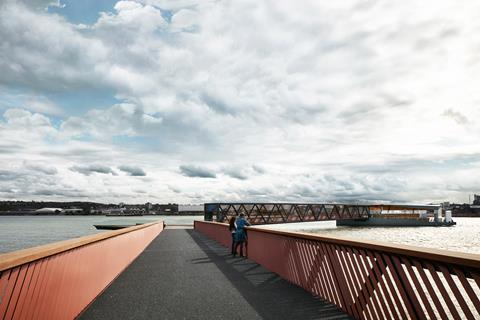 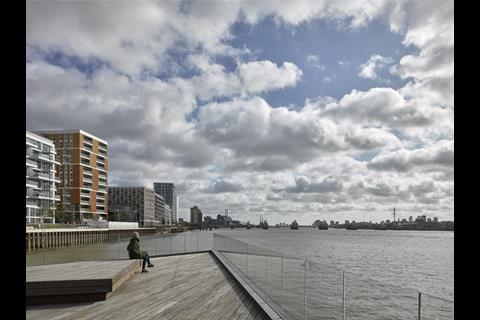 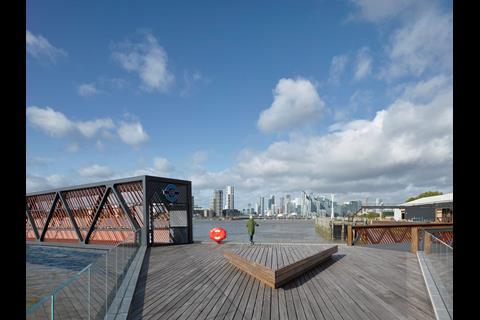 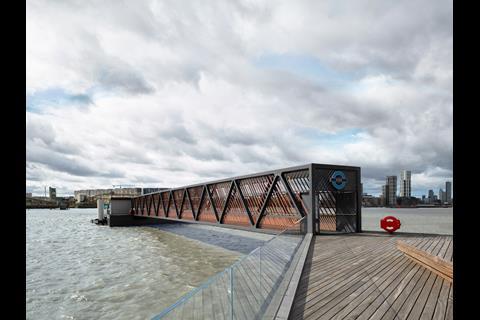 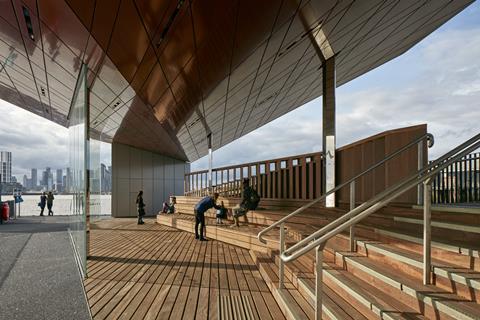 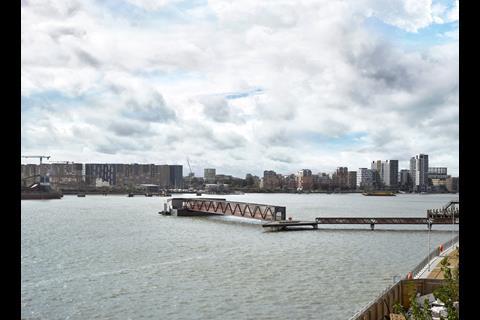 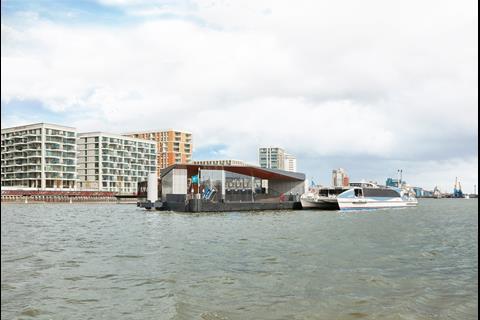 Architect Nex has finished work on a new riverboat terminal at the Royal Docks in east London.

The scheme is part of Ballymore’s Royal Wharf development, a 3,385-home scheme it is building in partnership with Singaporean developer Oxley.

The terminal, which includes a 130m long pier as well as public space, will be used by the Thames Clippers river bus service. The pier stretches 40m into the river and has been inspired by traditional British seaside piers.

Ballymore has said the remaining 700 homes at Royal Wharf will be finished next year.