India told to act against corruption 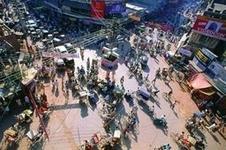 The Indian government is being warned to act more strongly against corruption after the nation was ranked close to bottom in a new survey on perceptions of bribery abroad.

Transparency International said it would recommend to the Indian government a series of measures to combat the problem, such as signing the international anti-corruption conventions and ratifying the UN convention against corruption.

The 2008 Bribe Payers Index (BPI) compiled by Transparency International showed that Indian firms are perceived as among the worst bribe-payers when engaged in business abroad.

Although the country improved its BPI score to 6.8 (out of 10) this year, up from 4.6 in 2006, it remains one of the worst ranked countries because of bribery from its emerging exporters.

Only Russia (with a score of 5.9), China (6.5) and Mexico (6.6) ranked lower on the corruption scale. Top of the 2008 BPI were Belgium and Canada, both at 8.8, suggesting that firms from these nations are seen as least likely to bribe abroad.

Globally, the BPI highlighted public works and construction companies as the most corruption-prone when dealing with the public sector, and the most likely to exert undue influence on the decisions, practices and policies of governments.

Firms in public works contracts and construction, property development and oil and gas were among those seen to bribe officials most frequently.

“The BPI provides evidence that a number of companies from major exporting countries still use bribery to win business abroad, despite awareness of its damaging impact on corporate reputations and ordinary communities.”