As new orders reach the worst level ever, pressure mounts on government to rethink strategy

The construction industry this week called for concerted government action on economic growth, after the Office of National Statistics last week reported quarterly new orders figures that were the worst ever recorded.

Michael Ankers, chief executive of the Construction Products Association, said the body was pulling together policy ideas to present to Vince Cable’s business and skills department to stimulate growth without major new investment. He said: “People are saying there has to be some thinking what a Plan B might look like, so we’re putting some thoughts to the government about what it can do to change things.”

The call comes in the week that the Confederation of British Industry (CBI) said the government needed to move into “an extra gear” with plans to stimulate growth in the economy.

The moves are significant as construction lobby groups have previously backed the government’s strategy of prioritising reducing the deficit over short-term stimulus to the economy, because this has been seen as more vital to long-term growth. Worsening growth predictions have led to calls for more action from the government.

The calls come as chancellor George Osborne was this week forced to admit he is “revising down short-term growth forecasts”. This is despite the government launching a “plan for growth”, including recommendations for construction, alongside Osborne’s March Budget. The government is known to be working on revisions to the strategy, which are likely to be launched in the autumn.

Ankers added: “We think the government was right to get on top of the deficit, but we’re looking now at something more subtle. Can the government bring infrastructure spending forward [from later years]? We’ve had a meeting with [Vince] Cable and it’s clear he’s looking for suggestions from us.”

Stephen Ratcliffe, chief executive of the UK Contractors’ Group, said: “Our members are saying the back of 2012/3 is looking bleak, they see problems ahead as the private sector is not bouncing back anywhere near as well as it was expected.”

The comments follow a contraction of 16.3% in new orders in the second quarter of the year, according to the latest update by the ONS.

The figures, which showed that new orders adjusted for inflation were at their lowest level since data started being collected in 1964, are for the first quarter following the bulk of the public sector cuts outlined in the Comprehensive Spending Review were introduced. They are 23% lower than in the same quarter in 2010.The falls come on top of a 13% drop in orders in the previous quarter.

It’s the sheer scale of this drop that is concerning

The largest falls in new orders were in the public housing sector, down 31%, public non-housing, down 30% and the infrastructure sector, down 26% on the first quarter of the year. Private commercial orders were also down, dropping by just over 5%.

The figures were backed by the latest tender price estimates from consultant EC Harris, which found that prices will not start rising until the end of 2013 because of the sluggish economic recovery. EC Harris forecasts that tender prices will fall nationally by 1.1% in the year to the second quarter of 2012 before rising by the first quarter of 2013 by 0.5%.

The latest construction purchasing managers’ index continued to weaken, with a figure of 52.6 for August, down from 53.5 in July and confidence at its lowest level for eight months.

Alasdair Reisner, director of external affairs at the Civil Engineering Contractors Association, said: “It’s hard to see any silver lining on this particular cloud. No one was expecting stellar order figures […] but it’s the sheer scale of this drop that is concerning.” 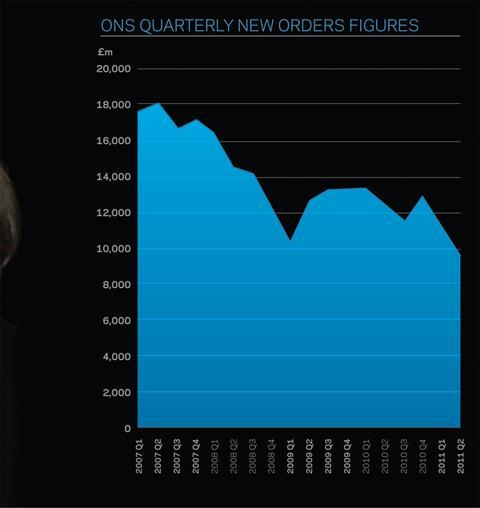 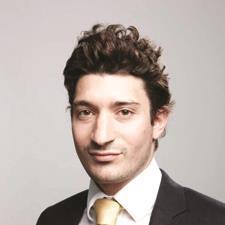 Josh Miller, a senior economist at the RICS, looks at the year ahead for the industry

Many commentators suggest the government should be using the construction sector to stimulate growth in the rest of the economy, either by increasing spending directly, or by implementing new mechanisms to attract investment. RICS agrees and the logic is compelling: research shows that every £1 spent on construction output generates an additional £2.84 of total economic activity - one of the highest “bang for your buck” of all sectors in the UK economy.

The latest RICS construction survey highlights that workloads at the national level are relatively stable. Public sector workloads continue to decline in the face of government spending cuts, while most private sector workloads continue to rise. The regional divergence that emerged at the end of 2010 has become more pronounced, with London and the South-east recording rising workloads in contrast to other parts of the country. Over the next 12 months we predict positive workloads, but profit margins remain negative, reflecting the continuing pressure as input costs rise more rapidly than output prices.