Senior figures in the housebuilding industry have called for urgent clarity over the government’s proposed planning reforms in the wake of Tuesday’s Queen’s Speech, with a broadside against the proposals from Theresa May giving a taste of the likely opposition the changes will face in parliament.

While many developers have indicated support in principle for the reforms, which will see councils forced to allocate “growth” zones with automatic outline permissions, planning and environmental groups have raised serious concerns. 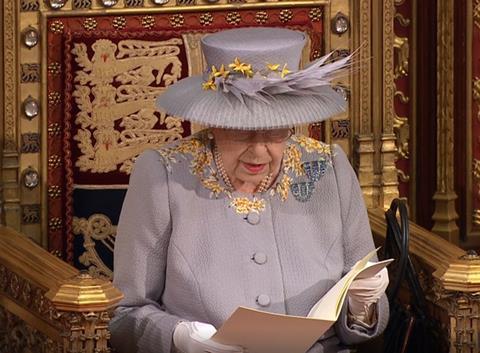 Countryside campaigners hit out at the confirmation in the Queen’s Speech that the government will bring forward a planning Bill in the coming year.

Tom Fyans, campaigns and policy director of CPRE, said it “looks set to prioritise developers’ needs over local communities, provide no new environmental safeguards and […] risks creating a free for all for development”.

Former PM May echoed concerns raised by local government about the proposal to bypass the role of councillors in approving individual applications. She said the plans would “reduce local democracy” and lead to “the wrong homes being built in the wrong places”.

Her intervention last autumn in the debate over another planning reform – proposed changes to the standard method by which local housing need is determined – was a precursor to a significant backdown by the government over the issue.

May’s comments were echoed by the Royal Institution of Chartered Surveyors, which said the proposed deregulation of the planning rulebook in England risked creating “housing that’s not fit for habitation”.

Industry figures called on the government to publish more detail of the plans to reduce the uncertainty that is currently paralysing parts of the system. Last year’s planning white paper included a raft of proposals at quite an early stage and, following an enormous response to the consultation in February, promised to consult again prior to publishing legislation.

While many developers are in favour of plans to digitise planning and set up growth zones, there is considerable doubt about how the zones will operate and what other zones will also be designated. Many have also raised concerns about the proposal to scrap the Section 106 system of developer contributions in favour of a flat-rate infrastructure levy.

Dominick Veasey, director at consultant Nexus Planning, said the publication of the white paper had already caused a hiatus in local plan-making activity which was in danger of slowing development. He said: “We hope, subject to its content, the Bill progresses swiftly through the Houses and receives timely Royal Assent.

”If not, the reforms and the Bill could ultimately have wholly the reverse effect on what the government is trying to achieve – effectively, planning system gridlock and housing delivery hiatus.”

David Jackson, head of UK planning at estate agent Savills, said he wanted to see the detail and timetable for the passage of the Bill. He added: “Uncertainty is the enemy of investment, so what the industry needs most is detail as soon as possible to enable delivery of the new homes, jobs and infrastructure that are so central to the gGovernment’s agenda. Without that, not only will housing delivery continue to fall short of target, but so too will the levelling up agenda.”

Many in the industry remain sceptical as to whether root and branch reform of the system is even necessary. Kathryn Hampton, senior expertise lawyer in the planning team at law firm Ashurst, said: “Some will relish radical planning reform, [but] others will be keen to see which proposals from the planning white paper are actually going ahead and exactly how the new system will operate in practice.

”Will Section 106 be replaced with a tariff? Will there be less consultation and environmental protection? Will we end up with a better, faster system? Detailed answers are what we need now.”

The Royal Town Planning Institute said it welcomed the proposal for “growth” zones but said – alongside the British Property Federation – that it was essential for the available funding to match the scale of ambition.

Ministers have been reported to believe the reforms are the best way to boost home ownership, which is seen as a factor in the Conservative party’s electoral success in the “red wall” of former Labour seats over the past two years.

Housing architects were divided over the proposals. Assael Architecture managing director Pete Ladhams welcomed them, saying that the current system was “urgently in need of an overhaul”.

He said automatic approval in areas zoned as “growth” would allow architects to “respond to the urgent needs of towns and cities swiftly”, adding that it will “greatly increase” the government’s chances of hitting its target to build 300,000 homes a year.

RIBA president Alan Jones said: “Poorly resourced and mismanaged planning imposes permanent damage on our communities, environment and economy. I therefore welcome today’s promise to progress reforms to the planning system. But reforms cannot be used as an impulsive means to boost housing numbers at the expense of quality. 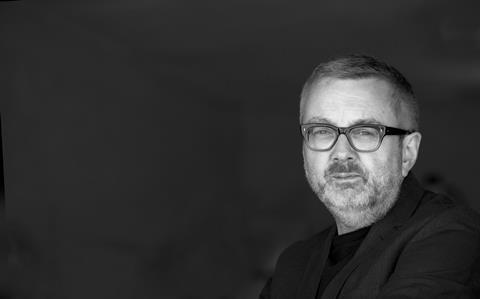 “We urgently need well-designed, safe and sustainable homes and spaces that support and strengthen communities. This relies on utilising the expertise of architects from the outset, and taking tougher action against developers who fail to raise their game.”

But his predecessor as president, Ben Derbyshire, who is chair of housing architect HTA Design, disagreed. “I fear it is a big mistake to tear up the planning rule book,” he said.

“The planning and architectural professions seem to have been cast as opponents in the planning reforms announced in the Queen’s Speech and, worse still, local planning authorities are apparently seen as obstacles to be swept aside.

“If we are to cut bureaucracy in the local planning process,  then it must not come at a cost of denying the opportunity for legitimate democratic control.

“What No 10 characterises as ‘group think’ among the professions is in fact evidence-based advice to consider quality more widely than physical appearance alone.”

Referring to the report of the Building Better, Building Beautiful Commission, Derbyshire added: “A ‘fast track to beauty’ still needs to live up to the obligations set out in the NPPF for design quality in the widest sense. Instead of ‘permitted development’ on a grand scale, we need resources to enable more and better proactive planning in local authorities if we are to deliver enough homes of the quality that this country desperately needs to genuinely build back better.”