The construction industry's fragmentation is partly to blame for HS2's eye-watering price tag, the Oakervee review has concluded.

The 130-page review, commissioned by the government last August, has said benchmarking, commissioned by HS2 Ltd, was designed to compare its cost estimates to high speed rail lines in other countries. 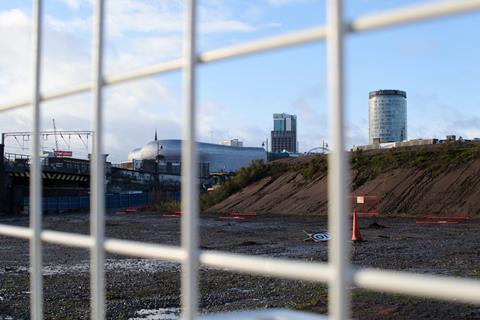 It concluded HS2 is substantially more expensive than the cost of high speed rail lines elsewhere because of “UK-specific factors including, amongst other things, the fact that the construction industry in the UK is more fragmented than in other countries and relies on many tiers of subcontractors".

The higher specifications that HS2 is being built to compared with other projects was also said to be a source of the increase in costs which have risen from £56bn to more than £100bn.

The review said the railway was being built to a higher standard as it was planning to run more trains at higher speeds than other equivalent services around the world.

>> Analysis: How much construction stands to gain now HS2 has been approved

The news comes as academics at UCL said they had identified 18 reasons why megaprojects such as HS2 and Crossrail often fail.

They said six themes were at the heart of such projects’ woes including governance and procurement; risk and uncertainty; leadership and capable teams and supply chain integration and coordination.

Oakervee's review also told HS2 to consider reprocuring its main civil engineering contractors for the first phase of the project if they do not agree to cut costs.

Firms lined up for work, officially valued at £6.6bn, include Balfour Beatty, Vinci, Costain, Skanska, Sir Robert McAlpine and Kier. They were all awarded the two-stage contracts back in July 2017.

Last month the National Audit Office said the cost of these jobs had soared to £10.7bn by October last year.

It is understood that HS2 has contractual arrangements in place that would allow it to hand a contract earmarked for one civils contractor to another in the event issues arise with one of its suppliers.