Work has begun on a new leisure centre in Eastleigh, which could see 95% of the old build recycled 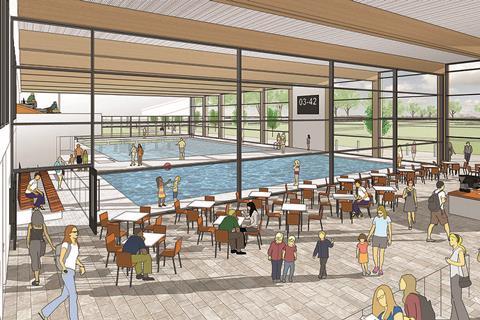 Interserve has won a £25m contract to build a new leisure centre in Eastleigh, which could see 95% of the old build recycled.

The new Fleming Park Leisure Centre will be built next to the existing centre, which will remain open throughout the 85-week build. The project will see the old facility demolished once the new building is handed over.

Keith House, Eastleigh Borough Council leader, said: “Interserve also wishes to work with us on recycling the old centre and believes it could recycle around 95 per cent of it.”

Work has already begun on site. The new centre will include a sports hall with room for 15 badminton courts; an eight-lane, 25-metre swimming pool and a learning pool with adjustable floor depth.

The building will be constructed with a steel frame and pre-stressed concrete floors, while the pool will be made with reinforced concrete. Externally it will be clad in brickwork, aluminum and zinc rainscreen.