Interserve mulls decision whether to hand RMD to lenders 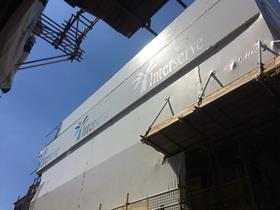 Interserve has confirmed it is considering whether to hand subsidiary RMD Kwikform to creditors as it also reveals a portion of new equity will be offered to investors.

The contractor is in rescue talks with creditors after ongoing losses on problem jobs left it struggling to service its £650m net debt pile.

In an update to shareholders the firm admitted lenders were interested in acquiring successful subsidiary RMD Kwikform.

Last year RMD, a shoring and formwork business, made a pre-tax profit of £15m from a £42m turnover.

Interserve told investors: “Consideration is also being given to whether it would be in stakeholders’ interests for the board to agree to lender requests for RMD to be placed in a separate holding company owned by the lenders.”

The group reiterated a “sufficient” amount of its debt would be converted into new equity, resulting in the dilution of existing shares.

But the firm will hold on to a level debt “consistent with the debt of a well-capitalised UK corporate”.

Some of the new equity, owned by Interserve’s lenders, will be offered to new or existing investors through a public offering. The group said that “implementation of the deleveraging plan is not conditional upon a successful public offering”.

It also said the final form of its ‘deleveraging plan,’ which will be subject to shareholder and lender approval, will be announced in early 2019 so that implementation can begin in the first quarter.

Interserve has lost two members of its executive board in recent weeks as it continues to streamline the business in accordance with its Fit for Growth programme.

Since early November Interserve’s shares have taken a beating, slumping from 50p to 11p as revelations over late jobs and rescue talks spooked investors.

Despite chief executive Debbie White describing the latest deleveraging plans as “excellent news for all our employees, customers and suppliers”, the group’s share fell a further 4% in early trading.