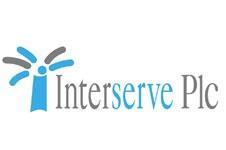 Interserve has reached financial close on a PFI contract to build a new acute hospital in Enniskillen.

The £270m scheme will see a consortium led by Interserve build and maintain the hospital for 30 years.

The consortium was named the preferred bidder by the Western Health and Social Care Trust in September 2008. It is the first PFI hospital in Northern Island.

FCC Construction and P Elliott will build the hospital in a joint venture and Interserve will provide facilities management services.