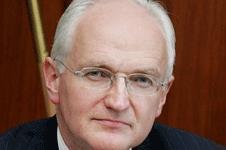 Regulation will be "extremely onerous" for developers admits Minister

Ireland looks set to have the toughest standards on sustainable homes in Europe with plans to make all new dwellings carbon neutral by 2013.

But the government has offered an olive branch to developers who will have to fast upgrade existing practices by allowing for up to 40% of the cost of new technologies to be reclaimed.

The Republic already has tough targets to reduce carbon emissions, with developers obliged to produce homes which consume 60% less carbon than existing homes by 2010.

And new homes are already required to generate some of their energy from re-usable sources such as biomass boilers or wind turbines. But Gormley admits the new ambition would be “extremely onerous” for developers.

Chairman of Sustainable Energy Ireland Brendan Halligan said an "unprecedented" level of mobilisation would be required from the construction industry to meet the targets.

However, under a new scheme, developers will be able to claim up to 40% of additional costs back from the government in grants, provided the new homes are at least 70% more efficient than existing stock.