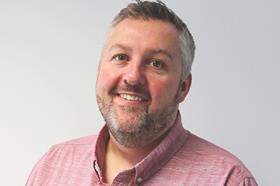 Farr (pictured) will lead the firm’s engineering services operations across continental Europe, which are currently working on more than £500m worth of data centre projects.

ISG is currently reviewing its operations under Cossell, who took over from David Lawther in April two months after the firm was acquired for £85m and taken private by US investor Cathexis. Analysts expect ISG to scale back its construction business to refocus on its core fit-out business.

Speaking to Building, Farr said under his leadership the European engineering services division will target expansion into the technology, science and healthcare sectors.

The division will also look to expand into central Europe, building on its base of work in western Europe and the Nordic countries.

Farr added: “This is a genuine time of excitement. We see tremendous growth potential in markets where tech plays a leading role in the design of buildings.”

Prior to his appointment, Farr led the delivery of one of ISG’s largest data centre projects in the Nordics, which at its peak saw over 1,200 workers on site.