ISG powers on to pick up huge £2.6bn battery ‘gigaplant’

NG Bailey and Ridge are on the project team

ISG has been appointed to lead construction on the UK’s first battery gigaplant.

The £2.6bn new Britishvolt gigaplant will be sited in Blyth, Northumberland, with construction planned to commence in summer 2021. 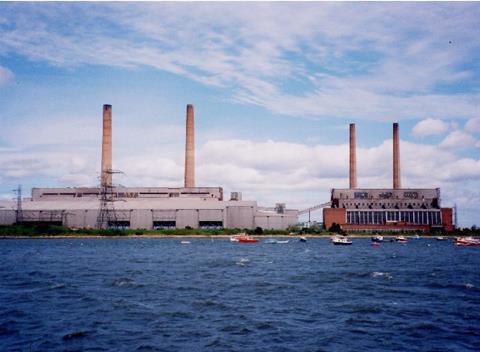 Blyth Power Station is the new site for the battery plant

The construction cost is yet to be confirmed.

A former RAF site in South Wales had previously been touted to be the likely location for the project with Britishvolt signing a memorandum of understanding with the Welsh government in July.

But late last week revealed it had acquired exclusive rights to the former the site of the Blyth Power Station.

It will begin producing world-class lithium-ion batteries for the automotive and renewable energy industries at the end of 2023. Construction of further phases will continue until the end of 2027.

The gigaplant is being designed by leading Italian design experts Pininfarina, with Ridge and Partners project managing the architecture.

NG Bailey has already been appointed to handle the lead the engineering build on the project.

Britishvolt has already appointed Ray Macera as project director for the gigaplant. Macera most recently worked on the Gestamp pressing facility that supplies Jaguar Land Rover’s Nitra plant in Slovakia, which was also built by ISG.

Once operational the gigaplant will exclusively use renewable energy, including the potential to use hydro-electric power generated in Norway and transmitted 447 miles under the North Sea via the world’s longest inter-connector from the North Sea Link project.

Paul Cossell, ISG chief executive, said the project was one of the most visible signs that UK is stepping up to meet the challenge of new zero emissions by 2050.

He said: “The construction phase alone will directly support thousands of jobs in the North-east and create a wealth of training and upskilling opportunities for local communities. The legacy of this major investment will benefit the region for generations to come.”