It only gets worse for BAA 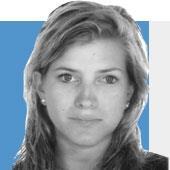 The select committee hearing into the T5 fiasco proved embarrassing for BAA's bosses, mainly because they seemed woefully unprepared

Oh dear. Like naughty schoolboys the bosses of BA and BAA were hauled up in front of a transport select committee yesterday to explain just why the opening of Heathrow’s T5 was such a catastrophe. And things didn’t go much better than on that fateful day in March.

BAA chief executive Colin Matthews left the MPs spitting by basically saying he didn’t know the answers to the majority of their questions.

In the end he, along with BAA chairman Sir Nigel Rudd, were accused of being “complacent”, “ignorant” and “poorly prepared” for the hearing.

The committee and indeed the press and public present were left flabbergasted that the pair had turned up with no answers and it was pretty painful to watch. “This is extraordinary” said one MP. “I have been on this committee for a very long time and I have never heard the excuse that a witness has been too busy to come prepared with detailed answers to the questions,” said another.

No one could get their head around the fact either that Matthews had no inkling there would be any problems with the opening of the airport prior to the launch. “You are the chief executive. How could you not have known?”

“I was not made aware of such information and was not aware of the risks,” came the response which fell on open mouths and heads shaking in disbelief.

The hour-long teeth pulling exercise eventually resulted in Matthews and Rudd being asked to return when they actually had some answers and being described as “totally unhelpful” by the committee.

It is one thing to admit you have royally fouled up – which, to be fair, both BA and BAA have done in the light of the T5 fiasco. But turning up to a select committee hearing with no answers, no apparent knowledge of the lead up to the event and no evidence that someone is trying to get to the bottom of things really does not help their cause.

Even once the torture was over for Matthews and Sir Nigel, BAA took more of a beating when BA boss Willie Walsh took to the hot seat.

Walsh responded to the committee’s questions politely, succinctly making fools of the boys from BAA in the process by giving answers to questions they had claimed to know nothing about just minutes earlier.

Then, to add insult to injury, he claimed incomplete construction work on the building was a major contributing factor to the disaster.

He said that this had meant BA had to cut corners on staff familiarisation which had impacted on the opening of the terminal.

Following BAA’s admission that it had not investigated who's fault it was that the opening of the building went so wrong and were not in a position to identify the problems leading up to the 27th March, Walsh’s comments will be damaging. He has come up with a perfectly valid reason for the disaster while BAA is being scolded for being unhelpful, obstructive and for “using ignorance as a defence”

At this stage of the game it is pretty clear which of the boys in the playground is wining this fight.