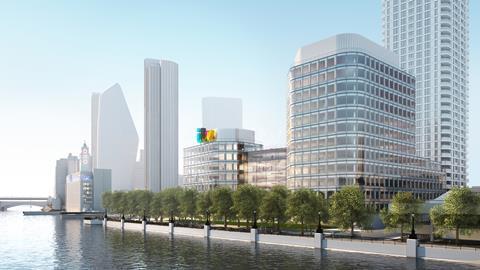 ITV has announced that it will not proceed with Hopkins Architects-designed proposals to redevelop its London Television Centre and is instead putting the South Bank site up for sale.

The broadcaster in February won planning permission to replace its 45-year-old home with a much larger two-part scheme. Hopkins’ proposals featured a 31-storey tower with 213 new homes and a new headquarters building for ITV with 44,434sq m of new office space, 3,632sq m of studio space, and 216sq m of new retail space. The non-residential element of the scheme would have been 14-storeys at its highest.

Conservation group the Twentieth Century Society opposed the plans, dubbing them “bland” and arguing the scheme would “present a massive and impenetrable frontage to a prominent riverside location that is successful and significant due to its permeability and sense of openness”.

ITV moved out of the current buildings in April, relocating to offices in central London and studio space in White City, ahead of the presumed start of redevelopment work. But now it has announced a change of plan.

In a statement, the broadcaster said it had decided to put the site on the market. 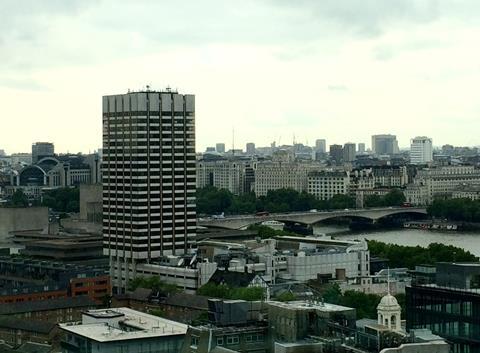 “Since the original decision to redevelop the South Bank site ITV has launched its new strategy and has successfully moved to new office space in Holborn and studios in W12,” it said.

“ITV needs to ensure that its property portfolio in London supports the new strategy by giving flexibility to continue to grow, while supporting our ambition to be an agile and increasingly digital organisation.

“By remaining in our current London office and studio spaces we can focus more time and resource on the areas of the business which will deliver greatest value.”

While ITV’s decision to offload its South Bank assets would not stop a new site owner from proceeding with the approved Hopkins scheme, Lambeth council’s consent is more likely to be taken as a precedent for the acceptability of future proposals.