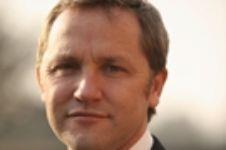 James Purnell, the man who pushed for a tower crane register and was behind the continuing inquiry into construction deaths, has resigned from the Cabinet.

The secretary of state for the department of work and pensions put his career on the line by becoming the first cabinet minister to tell the prime minister to leave for the good of the party.

In his resignation letter to Gordon Brown, Purnell wrote: “I now believe that your continued leadership makes a Conservative victory more, not less, likely. That would be disastrous for our country.”

It was Gordon Brown who appointed Purnell to one of government's biggest jobs, when he was just 37.

The 39-year-old had been seen as a rising star in the party - in January 2008, he took over the largest budget in Whitehall as work and pensions secretary when he replaced Peter Hain.

At the end of last year, Purnell threw his weight behind the need for a register of tower cranes, and it was largely pressure from him that lead to its creation.

He also met with the prime minister last summer to order an inquiry into the number of people annually killed in the construction industry. The findings of the inquiry are due to be announced shortly.