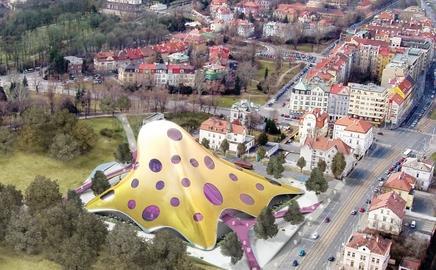 Czech architect, who died last week, was fighting to have his designs for National Library accepted

Doubt surrounds the future of the ambitious National Library for the Czech Republic, the last project of architect Jan Kaplicky, who died suddenly last week at the age of 71.

The architect had been battling with Prague authorities for over two years over the competition-winning designs for the library by his practice Future Systems.

The Prague Assembly scrapped the library in December, claiming it would be impossible to build, but Kaplicky had pledged to continue the fight with opposition politicians supportive of the building. The terms of the original competition expire on 30 March, after which the authorities will be required to pay Kaplicky’s estate for the designs and will be free to start the search for a new architect.

No-one would have the genius to build it now. How do you perform Hamlet when Hamlet is dead?

Czech architect Vlado Milunic said it was unlikely a new supporter would be found for the library. He said: “It will stop. No-one wanted him to make this building, and no-one would have the genius to build it now. How do you perform Hamlet when Hamlet is dead?”

Tributes have poured in for the architect.

Ed Clark, a director at Arup, said: “It was a privilege to have been part of a process that was always challenging, inspirational and, at Jan’s insistence, great fun.”

Kaplicky started Future Systems in 1979. Together with his former wife Amanda Levete, he designed the Selfridges department store in Birmingham and won the Stirling prize for the Lords Media Centre.

Reports claimed last year that Future Systems was to split into two companies; one headed by Levete in London and the other by Kaplicky in Prague. The practice said it was too early to comment on its future.