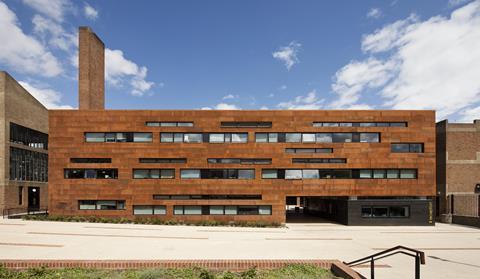 The practice was previously responsible for the refurbishment of the existing school, an example of Brutalist architecture completed in 1967 by Stillman & Eastwick Field.

The new two-storey L-shaped Sixth Form Centre will house a large common room and café on the ground floor with study areas above, and be able to accommodate the planned increase in students from the current roll of 140 to the proposed 300.

A contractor is expected to be appointed by early 2013, with a view to the Sixth Form Centre being operational in late 2013.