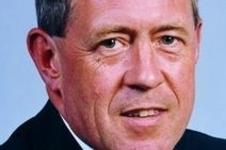 John Denham has been appointed communities secretary to replace Hazel Blears, who stepped down from the Cabinet post on Wednesday.

As secretary of state for communities and local government, Denham will oversee the government’s regeneration plans.

Denham, one of several ministers to change places in a government reshuffle, was formerly universities minister and oversaw the LSC further education college building programme which has been crippled by a lack of funding.

It has also been reported that Margaret Beckett will no longer be housing minister, but a replacement has not yet been announced.

Also changing role is former housing minister Yvette Cooper, who is set to replace James Purnell as work and pensions secretary and whose responsibities will include the Health and Safety Executive. Purnell sensationally quit the Cabinet yesterday night in protest at Brown’s handling of the government.

It has also emerged that culture minister Andy Burnham, the government's design champion, has moved to become health secretary. Ben Bradshaw, formerly a minister of state for health, will replace him in the role, which with the communities secretary oversees the Commission for Architecture and the Built Environment (CABE).

Prime Minister Gordon Brown, embattled by a series of high profile resignations and an anticipated drubbing in the local elections, is in the middle of restructuring the government. Defence secretary John Hutton this morning became the fourth minister to step down from the cabinet, though he apparently informed Brown of his decision some weeks ago.

It had been reported that Alastair Darling was set to be replaced with schools secretary Ed Balls as chancellor of the exchequer, but it seems today as if both ministers will remain in their current posts.

Other appointees include entrepreneur Sir Alan Sugar, known latterly for his role on TV's The Apprentice, who has been made "enterprise czar" by the Prime Minister.